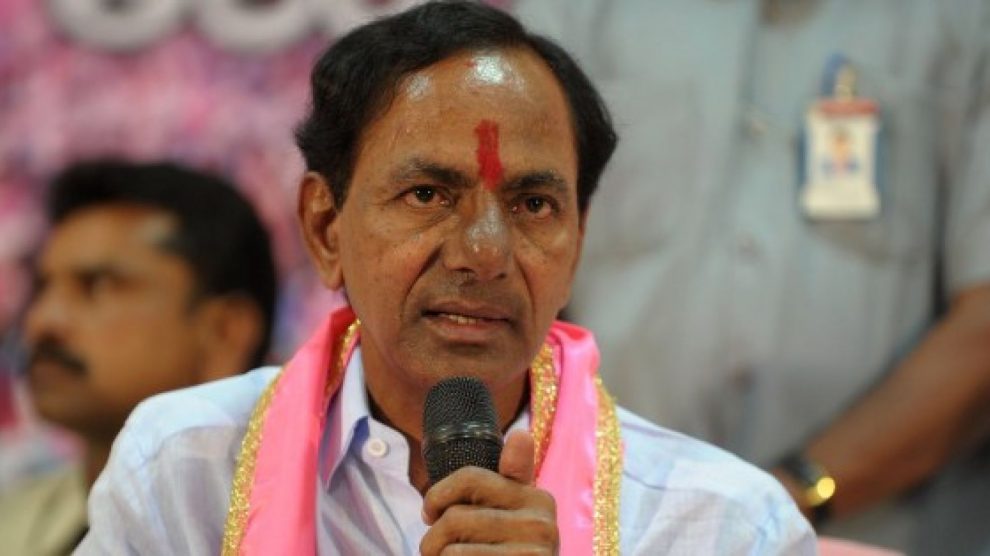 TRS president and Telangana Caretaker Chief Minister K Chandrashekar Rao would end his election campaign with a public meeting in Gajwel Assembly constituency on December 5, which is also the last day for the campaign for the Telangana State elections.

The chief minister is campaigning in about six to seven Assembly constituencies in a day and is likely to continue the same till December 3. The TRS Chief would address a public meeting in Hyderabad on December 4.

Rao addressed multiple public meetings today on Friday, November 30. Started his campaign from Yellendu at 11:30 in the morning, he addressed a couple of gathering at –Kothagudem, Pinapaka (Manuguru), Mulugu, Bhupalapally concluded his campaign in the evening at Peddapally.

If the Defense authorities provide permission for TRS, the chief minister would address the meeting and while they could not get a permit, the party is planning to organize three to four meetings in a day in Hyderabad.

Minister T Harish Rao, nephew of KCR on Friday reviewed the arrangements for the December 5 meeting of chief minister at Gajwel.

While in a quick turn of events at Kagazpur today, Caretaker Chief Minister while addressing a rally loses his cool to a youth who has asked KCR about the 12% reservation to Muslims. Infuriated by the man, KCR asks him to sit down and accused him of doing a gimmick. The Congress Pradesh Committee condemned the KCR’s action.

The 119 assembly state will go for poll on December 7 while the results will be announced on December 11 with other state assembly elections.