The Indian Wire » Politics » Kerala Floods : CM Vijayan keen on seeking foreign aid for Kerala, might talk to the PM 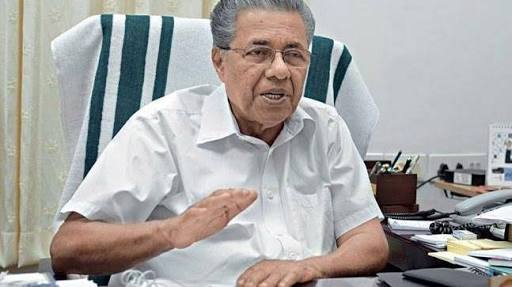 Kerala Chief Minister Pinarayi Vijayan has made it clear that his government will not let the Centre reject the foreign financial assistance without having a discussion first. The CM said that his government will “initiate high-level discussions” to convince the Central government to allow the financial aid offered by UAE of almost Rs 700 crores for the reconstruction and restoration of the flood-hit Kerala, reported News18.

The CM said that the National Disaster Management Plan of 2016 has provisions of accepting foreign help if it is “voluntarily” offered by the other country at the time of a severe disaster.

CM Vijayan told the media, “The state government will discuss and officially try to sort this out. Immediately, after the announcement from the UAE, even PM had tweeted welcoming it. Now there are reports in media that there are some hurdles, we will see what needs to be done. If needed, I will talk to PM.”

Earlier on Wednesday, the Indian Government had cleared its stance of not accepting any foreign aid and resort to domestic assistance to help in rebuilding Kerala.

On Wednesday, the Ministry of External Affairs (MEA) declared that the Centre will use the domestic efforts for the relief and rebuilding of the deluge hit Kerala. The official spokesperson of the MEA stated, “In line with the existing policy, the Government is committed to meeting the requirements for relief and rehabilitation through domestic efforts.”

CM Vijayan made it clear that UAE is like a “second country” for the people of Kerala. Most of the Indians working in UAE are from Kerala.

The CM also stated that the Kerala government is ready to accept contributions from any country. He said, “Those who love the land should actually encourage and attract such help from people across the world. When the whole world is smothering us with love and care, we should be able to stand up together and receive it with grace. With such love and dedication, we would certainly survive the calamity”, reported TOI.

Kerala Government has requested a special package of Rs 2,600 crore from the Central government, the latter has till now only helped with Rs 600 crore for the Rs 20,000 crore losses in the state, reported News18.