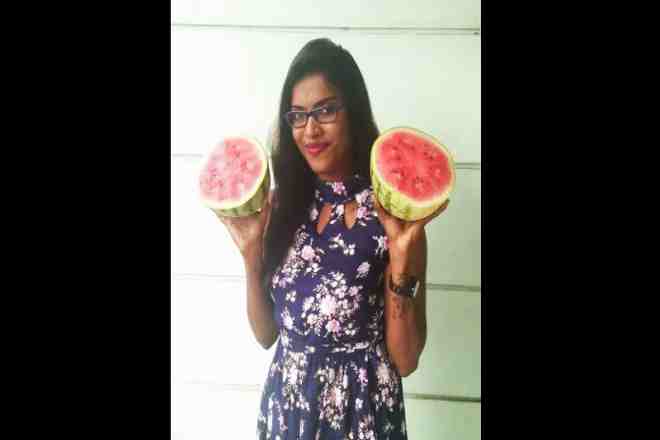 A sexist remark by an educators’ preparation school teacher in Kozhikode, Kerala has started a one of a kind show by the understudies at the varsity. The hostile remark by the instructor at the Farook Training College that Muslim young ladies were not wearing hijab appropriately rather they are “deliberately uncovering their chests like ‘cut watermelon'” has started broad challenges over asserted good policing over the state by the understudies. The understudies have named the challenge as ‘watermelon dissent’.

In a one of a kind type of dissent, female understudies from over the state are posting photos posturing with watermelons to bring out the educator over his comments. Understudy associations exhibited outside Farook Training College, where Jouhar Munavvir T instructs, looking for activity against him. The understudy bodies said that they will send watermelon cuts to the instructor in a manner like the ‘Pink Chaddi’ battle.

Strains in the school crested after a few ladies understudies who were supporting the educator likewise took out a rally. Understudies in different universities likewise took out a walk conveying cut watermelons and looked for strict activity against Munavvir. The walk was obstructed by police. KSU activists likewise enrolled their challenge by circulating watermelon cuts while ABVP specialists crushed a watermelon before the school entryway.

A video clasp of the discourse turned into a web sensation via web-based networking media, not long after the conflict between the staff individuals and understudies of Farook College.

He additionally said that the ladies don’t wear muftah any longer yet cover their heads with shawls/scarfs. “Chest was one of the parts of a lady that draws in a man and Islam shows that it ought to be secured,” the teacher stated, as indicated by a Times of India report.