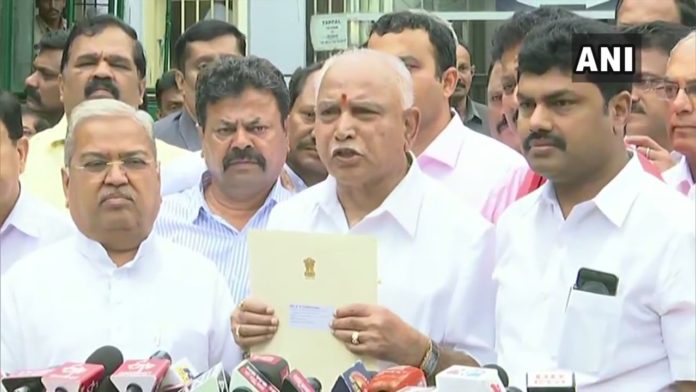 Karnataka Chief Minister BS Yeddyurappa on Friday announced that the farmers in the state will get an additional amount of Rs. 4000 in two instalments under Pradhan Mantri Kisan Samman Nidhi Yojana. The amount will be borne by the State government. It will be an additional aid above the standard assistance of 6000 under the scheme.

Pradhan Mantri Kisan Samman Nidhi Yojana is a scheme of Government of India providing income support of Rs.6000 per year to vulnerable farming households, having landholding up to 2 hectares. The Scheme came right before the Lok Sabha elections 2019 as a relief to nation’s farmers.

According to Chief Minister Yeddyurappa, “Around 43.75 lakh declarations of farmers have already been notified to the Union government under Pradhan Mantri Kisan Samman Nidhi Yojana.  Out of this, Rs 634.50 crore has been credited to 31.72 lakh eligible farmer’s accounts directly with Rs 6,000 each.”

A per the announcement made, Karnataka government will soon release Rs 2,000 as the first instalment to the accounts of beneficiary farmers. Chief Minister also announced to waive off Rs. 100 crore from farmer’s debt to alleviate their burden. The decision comes at a significant time when the state farmers are crippled under the drought conditions.

Regarding previous loan waiver orders by earlier HD Kumaraswamy government, The Chief Minister told reporters that he will review the decision and then make a decision.

In the announcement, BS Yedyurappa also urged officials to take up relief work such as providing fodder supply & drinking water and lining the employment generation schemes. For ensuring water supply and water conservation, He told officials to asses the dam construction in the state on a large level.

Regarding Fodder supply, He advised officials to procure fodder at Rs. 4000 per tonne than the current Rs. 3000 per tonne rate. Streamlining the supply of food under the Anna Bhagya Scheme was one of the other suggestions, he invoked towards the officials.

Chief Minister told reporters that efforts are being made by the administration to weed out the irregularities in various schemes. He also informed the reporters that to tackle water scarcity issue, steps to fill 10 barrages across Krishna river from Alamatti and Narayanpur dam have been taken up.