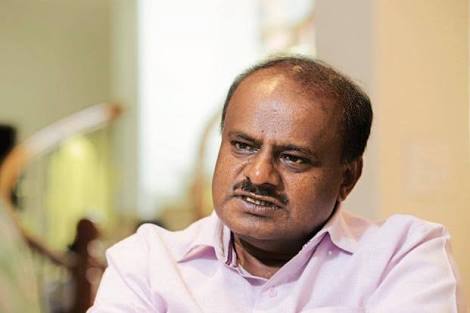 Amidst the clamour for a separate statehood for North Karnataka, HD Kumaraswamy, Chief Minister of Karnataka has finally come forward to pacify the pirate outfits.

The CM said on Tuesday that his government is thinking about shifting some government offices to Suvarna Vidhana Soudha in the North Karnataka region. He has also promised to give the status of second capital to Belagavi city in the northern region.

Kumaraswamy came with these proposals after he was accused by the opposition of discriminating between north and south Karnataka in the budget proposals.

Addressing the outfits who have called for a bandh in 13 districts of North Karnataka on August 2, the CM said, “Consider me as one among you (people of North Karnataka)… Some people want to create a distance between us by indulging in false propaganda. I have plans and programmes to earn your love and affection.”

The resolution was passed in 2006 by the JD(S)– BJP government to grant the status of second capital to Belagavi but has been pending since. Kumaraswamy revived the issue and said, “The proposal to declare Belagavi the second capital of Karnataka has been pending since I became CM in 2006. However, subsequent governments did not consider the proposal. I will reconsider the proposal and deliberate on the feasibility of the matter.”

In an attempt to further appease the agitators, Kumaraswamy declared that he is planning to visit North Karnataka regions and listen to the grievances of the people. “I will meet these people as a common man and hold meetings with officials to ensure the people get their due”, remarked Karnataka CM.