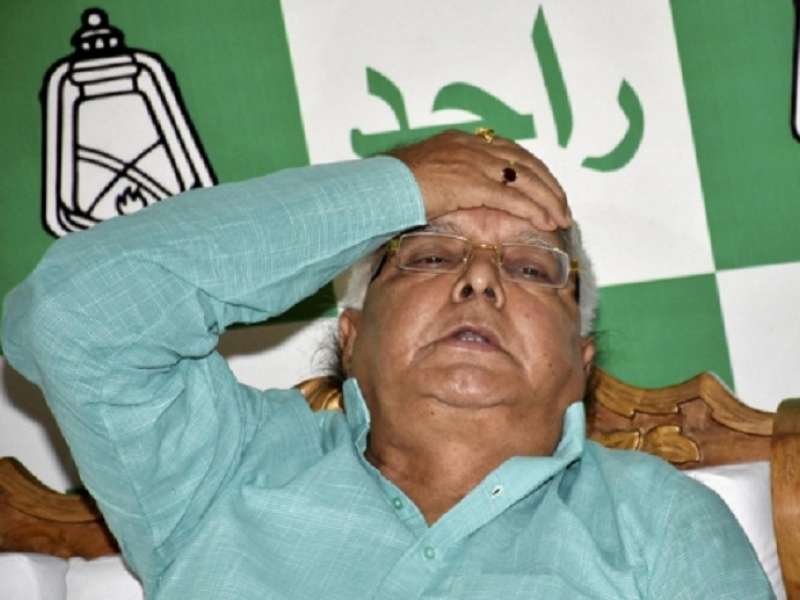 Former Railway Minister Lalu Prasad Yadav along with his wife Rabri Devi and former Deputy Chief Minister of Bihar, Tejashwi Yadav were charged with a new case by the CBI, regarding the irregularities in sanctioning the tender for maintenance of hotels. The FIR lists irregularities in the tender for development, maintenance and operation of BNR Hotels in Ranchi and Puri, sanctioned to the private Sujata Hotels in 2006.

Following the investigation regarding the case, several CBI raids were conducted at the premises of Lalu Prasad Yadav and his family members. Also, these raids and corruption charges against the father and the son became a major region to bring about major political changes in Bihar. Bihar Chief Minister and JD(U) Chief Nitish Kumar had demanded the resignation of Tejashwi Yadav claiming to be adamant on following his principle of zero tolerance against corruption. When Lalu ruled out any possibility of his son resigning, Nitish Kumar broke the grand alliance with RJD-Congress and joined hands with BJP to form the new government in the state.

As per the latest updates regarding the charges filed against the RJD chief and his son, the CBI has summoned them both for questioning in connection with alleged corruption in awarding the maintenance contract for two IRCTC hotels to a private firm, agency. Lalu Prasad Yadav has been asked to appear for questioning at the agency on 11 Sep and his son Tejashwi Yadav to appear a day after, on 12 Sept.

The BNR Hotels are heritage hotels of the Railways which were taken over by the IRCTC from the public transporter earlier in 2006. Lalu Prasad Yadav as a Railway Minister had sanctioned the contract of maintenance of two Railways hotels BNR Ranchi and BNR Puri to Sujata Hotel, a company owned by Vinay and Vijay Kochhar. This undue favour of the former Railway Minister was done in return for receiving three acres of a prime plot of land through a benami company.

Meanwhile, apart from the summons from the CBI, the duo was also attacked by its prime rival JD(U) led by Bihar Chief Minister Nitish Kumar. Incumbent Deputy Chief Minister Sushil Modi made a major revelation regarding the former Deputy CM. Sushil Modi has exposed 2 more assets of benami properties owned by Tejashwi Yadav. So far, Sushil Modi has already disclosed 30 properties owned by former Bihar deputy chief minister. Sushil Modi said that Opposition Bihar Legislative Assembly Leader Tejshwi Yadav has become the owner of 30 properties at the age of 28. When the Income Tax Department, ED and the CBI take action against them, they accuse the government of working with a sense of revenge, he has no answer to the fact that at the age of 28, how does he posses so many assets?

Deputy Chief Minister of Bihar Sushil Modi also disclosed two more properties on Wednesday. Among them, the property, named after Bihar’s former health minister and RJD supremo Lalu Prasad Yadav’s eldest son, Pratap, was also revealed. Sushil Modi unveiled the will of a person named Mohammad Shameem. He in his will he has clearly named his two plots in the names of Tej Pratap Yadav and Tejashwi Yadav. Mohammad Shameem was an MLC from 1998 to 2001. Another person named Kumar Rakesh Ranjan has also given the will of his two plots in the name of Yadav and Pratap. Kumar Rakesh Ranjan was MLC two times from 1999 to 2006. Both of them in their will have named the plots on the names of Tej Pratap and Tejashwi Yadav but the power of attorney of these properties lies with Lalu Prasad Yadav’s wife Rabri Devi. She has also mentioned about these properties in her election statement.

Both Mohammed Shamim and Kumar Rakesh had given the power of attorney of their 2 plots to Rabri Devi and had named the plots in the name of Tej Pratap and Tejashwi Yadav on the very same day. In fact 12 May 2005 both of them had even become the witness for each other in the testament. Both of them have mentioned that after their death Tej and Tejashwi will be the owners of the property. The fact that is spite of both Mohammad and Kumar having their own kids the will was made in the names of Lalu’s son was a little suspicious.  Sushil Modi has alleged that RJD Supremo Lalu had in return for giving them seats in the legislature had taken properties worth crores of rupees.