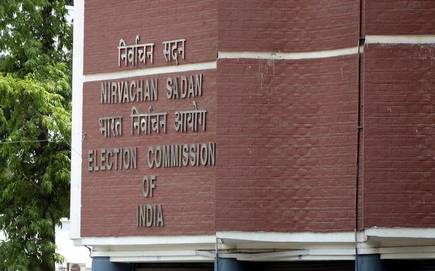 Kolkata, May 2 (IANS) The Left parties on Wednesday lodged a complaint before the Election Commission (EC) against Trinamool Congress (TMC) alleging “vote loot” in booths of the Bolpur seat during the fourth phase of Lok Sabha polls held on April 29.

Demanding re-poll in polling stations where booth capturing was reported, the Left parties submitted a video of the voting process in booth number-52 at Amgoria Ananda Prasad Smriti Primary School in Ketugram to substantiate their allegation.

“It is clear from the video that the polling agent of Trinamool candidate, Subir Biswas was standing inside the booth and watching the casting of a vote of every voter. This type of arrangement is being organised by Trinamool, which is directly against the spirit of the free and fair poll. The same incident occurred in booth number-51,” said senior CPI-M leader Rabin Deb citing the complaint letter.

He questioned how the EC can accept such illegal methodology during the polls.

“This has been the special feature in West Bengal in the last few years in every election,” he added.

Just like in the initial three phases, Voting in the fourth phase of the state held amidst clashes and violence on April 29. Over 66% voter turnout was recorded in the state.

General Elections 2019 is being held across seven phases starting April 11 to May 19. All 42 parliamentary seats of the state will go to polls in all seven phases till May 19.

Phase-V is slated for May 6. Counting of the votes will be held on May 23.