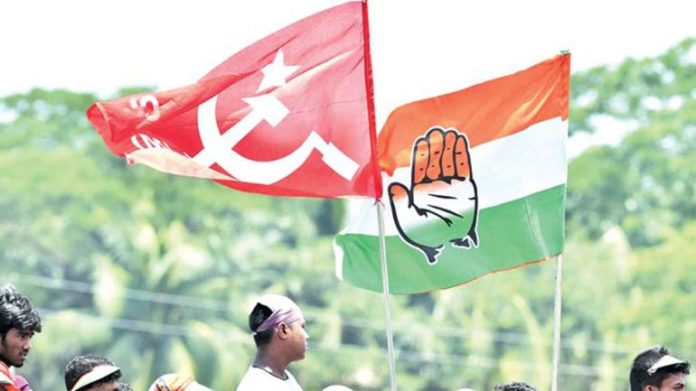 On Wednesday, the Left from has announced its candidates for two of the four Lok Sabha seats in West Bengal.

It had so far left for the Congress, as chances of a seat sharing agreement  between the two parties receded further.

For the Jangipur constituency, Zulfiqar Ali is fielded to contest and Biswanath Ghosh from Malda North.

Left Front Chairman, Biman Bose announced it in a statement.

Both the candidates are fielded under the banner of Left Front spearhead Communist Party of India(Marxist).

In the 2014 General Elections, Congress and claimed both the seats.

However, the Left Front had not yet decided its candidature for the constituency of Malda South and Baharampur. Both the constituencies are held by Congress.

Left Front Chairman, Biman Bose said that an agreement between the Congress and the Left Front didn’t work out.

He said’ “In a bid to consolidate the anti-BJP, anti-Trinamool votes in the state in the 2019 General Elections, a seat adjustment between the Left and the Congress was proposed, but it did not work out in any way. Congress’ decision to field candidates in the two seats held by the Left created complexities in seat adjustment.”

The two seats that Mr. Bose is referring are apparently, Raiganj and Murshidabad, which were earlier won by Left front in 2014.

The Congress fielded former Union Minister Deepa Dasmunsi as its candidate for Raiganj and Abu Hena for the Murshidabad constituency.

However, it is also considered that the Left Front would reconsider its decision to field candidates in Malda North and Jangipur if the Congress agrees to withdraw candidates from Raiganj and Murshidabad.

Mr Bose said,”We have fielded candidates in Murshidabad’s Jangipur and Malda district’s Malda North seats today. However, as per previous understanding with the Congress, if they decide to withdraw the candidates from the two seats won by Left in 2014, we would consider the matter with a positive outlook.”