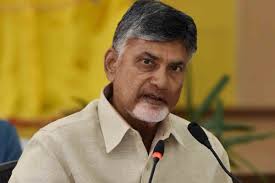 YSRCP chief, YS Jagan is asking to become a one time Chief Minister. To this Chandrababu Naidu said that if the state is handed over to him, then for sure Andhra Pradesh will be pushed backward in the development.

Naidu remarks YS Jagan for his pending cases every time he is introducing him in the rally. Naidu goes on to say that the son of Former Andhra Pradesh Chief Minister YS Rajashekhara Reddy has 31 cases against himself. His trademark line is: Jagan went to the Assembly for 24 days and visited the courts for 240 days. He also alleged that Telangana Chief Minister K Chandrashekhar Rao and Modi are funding YSRCP.

Chandrababu Naidu alleges Pawan Kalyan of having no knowledge about Politics.

In his campaign, he also hit out at Narendra Modi for comparing the Polavaram project to ATM. He said it is not an ATM for me, It’s an ATW(Anytime Water) for the state. Claiming that Modi is not satisfied with the project of Polavaram, he is denying the funding for the project.

Naidu says “The Polavaram project needs 58,000 crores but the Center gave us only 7,000 crores. Is the PM giving money out of his pocket?”

Andhra Pradesh will go to polls in a single phase on April 11, which is also the first phase of the Lok Sabha elections.