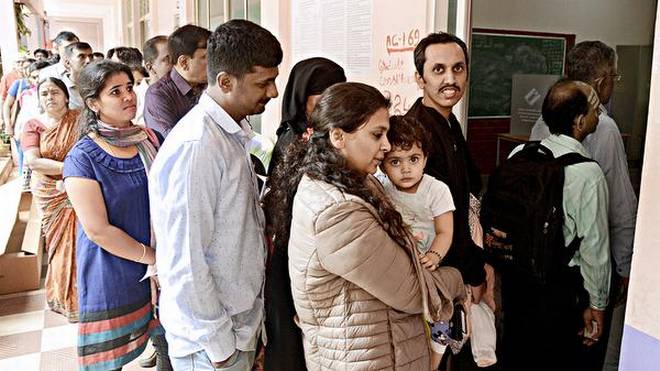 Polling in the 14 out of the 28 Lok Sabha seats of South Karnataka will begin today and the rest of the seats will go to polling on April 23.

As South Karnataka votes today, Chief Electoral Officer Sanjiv Kumar said, ” All preparations have been made for the polling between 7 am and 6 pm. The top five seats to look out for are Bangalore South, Bangalore North, Mandya, Hassan, Tumkur.  JD-S is contesting from the three seats out of the five important south Karnataka seats. HD Deve Gowda is contesting from Tumkur, his grandsons Nikhil and Prajwal from Mandya and Hassan, respectively.

The Bangalore south seat has BJP’s Tejaswi Surya and the Congress’ MP B.K. Hariprasad. HD Deve Gowda is contesting for the first time from Tumkur after he vacted his seat for his grandson Prajwal in Hassan.

Karnataka’s Hassan and Mandya were the same seats were officials were transferred alleging their support to the grandsons of HD Deve Gowda, Nikhil and Prajwal.