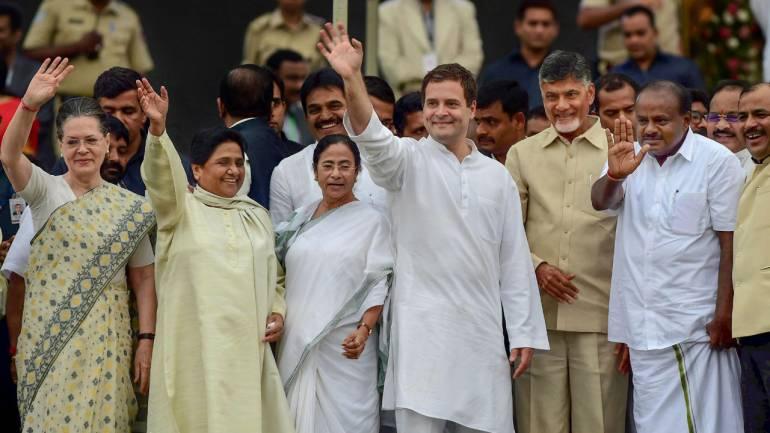 Speaking to reporters after meeting with ECI officials, Chandrababu Naidu said, ‘We are welcoming all parties who are against BJP to join hands, TRS is also welcome to join Grand Alliance, Naidu said.

Chandrababu Naidu made the remarks while responding to a query by a scribe whether TRS would join Congress-led Alliance after May 23. ‘I am meeting everyone, We will chalk out a poll strategy soon’, He added.

TDP Chief who was in National capital on Friday met AAP Chief Arvind Kejriwal and CPI-M Sitaram Yechury to discuss the strategies for the post-poll alliance. While on Saturday, he met Congress Chief Rahul Gandhi. While later in the day, he is also expected to meet BSP Supremo Mayawati.

Talking to reporters, Naidu also slammed the Poll Body saying that EC has lost all credibility, it’s totally one side, partial. He added ‘Being the chief of any political party for almost 25 years, I have never seen such an Election Commission’.

He also racked up the Poll Office order of abruptly curtailing the campaign of West Bengal. He also accused Election Commission of not taking any action against BJP Bhopal Candidate Sadhvi Pragya for making controversial remarks and insulting Mahatma Gandhi.

Chandrababu Naidu, once an ally of BJP, is among those who are spearheading the efforts to stitch Anti-BJP Front, Naidu had on Jan-Feb this year has toured the country extensively seeking support against Bharatiya Janata Party. He has met Mamata Banerjee, Arvind Kejriwal, Sharad Pawar in his efforts.

Last Phase of General elections 2019 is slated for May 19, Sunday.

Maharashtra: Congress-NCP leaders can’t wait for EVMs to be unlocked
Rani Jhansi flyover: A flyover that took two decades to be completed
Comment