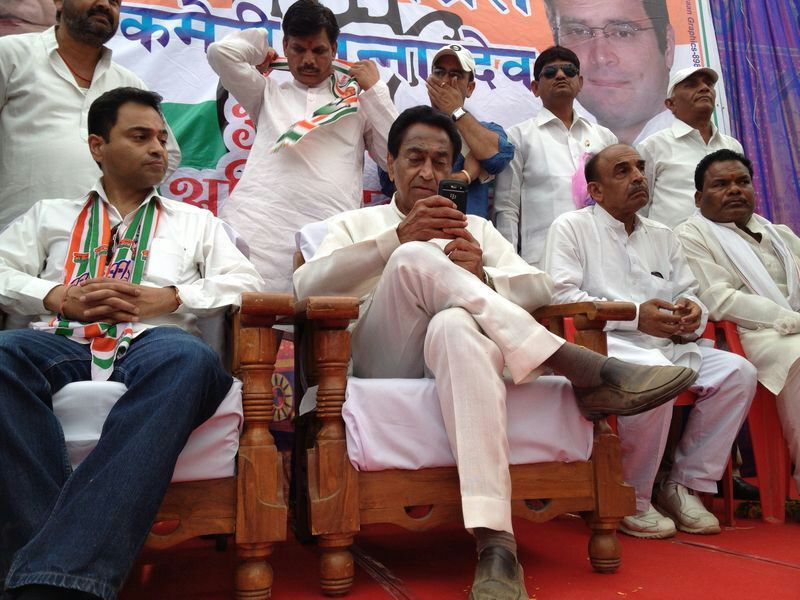 The father-son duo filed an affidavit for the election nominations together at Chhindwara on Tuesday becoming the first father-son duo to have together filed the nomination in Chhindwara. Nakul Nath is making his Poll Debut in the general elections.

The Chief Minister and his wife, Alka Nath, together own movable and immovable assets worth ₹124.67 crores as per the affidavit filed by the minister for the nominations in Chhindwara. The chief minister has claimed that he owns only two four-wheelers. One of them is a Delhi registered a Classic car and the other one is a Safari Storm SUV registered in Madhya Pradesh.

According to the 2017-18 Income Tax Return filed by the Chief Minister, his wife reported her total individual income of ₹96 lakh per annum and Nath reported income of ₹1.38 crores in the same year. The 2013-14 Income Tax Return of the minister had his income as ₹32,48 lakhs and his wife’s income as ₹23.74 lakhs. He owns a total of 67.20 acres of land in Chhindwara and 300 grams of gold jewelry that is worth ₹8.77 lakhs.

While filing the affidavit for the nomination, the chief Minister shared the details of the number of bank accounts with varying amount of deposits and the shares of his wife in different firms.

According to the affidavit filed by Nakul Nath, the businessman-turned-politician, the son own the movable properties worth ₹615.93 crores reporting that his wife owns assets worth ₹2.30 crores. The immovable assets contribute to a total of ₹41.77 crores. The Income Tax Return for the year 2017-18 showed the income of the wife, Priya Nath to be double of Nakul Nath as ₹4.18 crores. Nakul Nath generated an income of 2.76 crores in the year.

Both, the chief minister Kamal Nath and the son Nakul Nath have claimed that they have no pending cases against them, anywhere in the affidavit filed by them for the nominations in Chhindwara.