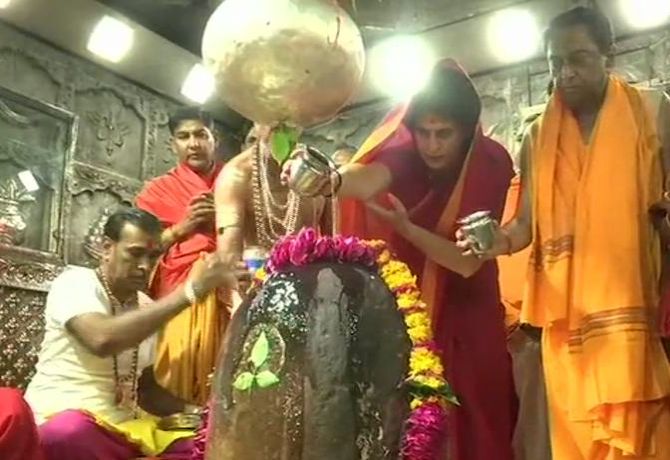 Kamalnath posted on Twitter saying that “today at the Mahakal temple in Ujjain, Priyanka Gandhi offered Pooja Archana and sought the blessings of baba Mahakal for the happiness and prosperity of the region in the state.”

Addressing a rally in Ratlam Priyanka Gandhi said, “during an election the representative of political parties campaign in various districts. The main agenda of the campaigns is how the party will serve the people.” But Bharatiya Janata Party (BJP) has only campaigned since 2014 and not done any work for the people. She added that the party has campaigned and advertised as if they have conducted a lot of development work in the country. However, the people in the state give a different picture.

Ahead of the promise the Congress on May 7 handed over a list of 21 lakh farmers whose loan waived off by Chauhan.