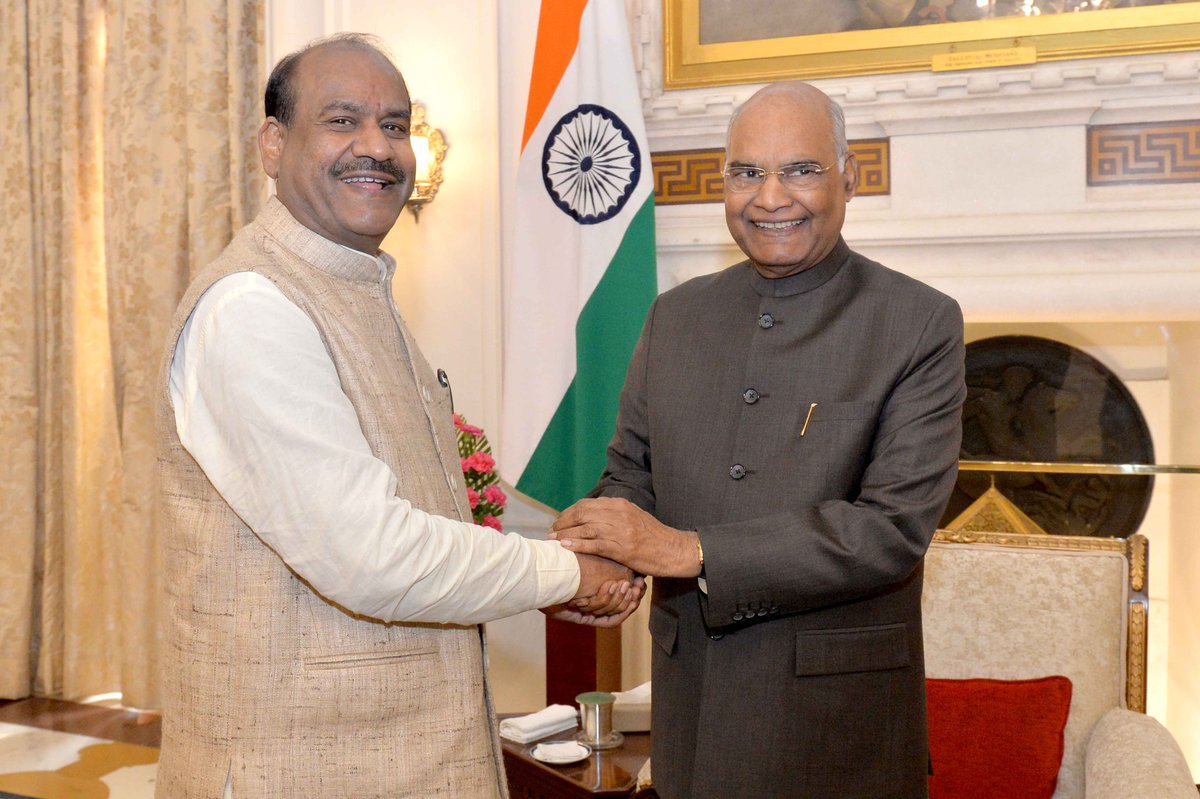 President Ram Nath Kovind is slated to address the joint session of both the houses of parliament today.

Bharatiya Janata Party MP from Kota, Om Birla on Wednesday elected as the Speaker of the 17th Lok Sabha unanimously.

His candidature was proposed by Prime Minister Narendra Modi in the Lok Sabha which was supported by the opposition parties including Congress and Trinamool Congress (TMC). While Jagan Mohan Reddy‘s YSRCP and Naveen Patnaik‘s Biju Janata Dal also backed the proposal for Om Birla’s election for the post of Speaker of 17th Lok Sabha.