The Indian Wire » Politics » Maharashtra farmer earns Rs 1,064 from 750 kg of onion, downhearted he sends the money to Modi 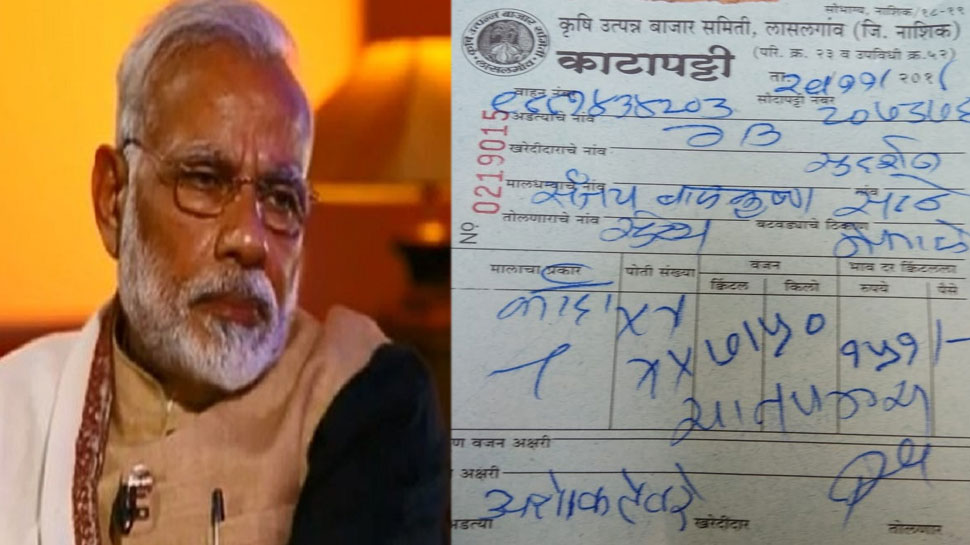 An onion farmer from Maharashtra, angry with the  Modi government, sent his earnings of Rs 1,064 from selling 750 kg onion for little over Re 1 per kg, to the Prime Minister’s Disaster Relief Fund as a mark of protest. He even took the pains to pay an additional Rs 54 to send the money order. It was addressed to “Narendra Modi, Prime Minister of India”.

Interestingly, Sanjay Sathe,resident of Niphad tehsil in Nashik district, was among the selected few ‘progressive farmers’ who were picked by the Union agriculture ministry in 2010 to interact with former US President Barack Obama.

Nashik accounts for 50 per cent of onion production in India.

Now, after 8 years, he could only manage to sell his produce for a little over Re 1/kg.

Sathe said, “I produced 750 kg of onion this season but was offered a rate of Rs 1 per kg at Niphad wholesale market last week.”

“It was painful to see such paltry returns on four months of toil. Hence I have donated Rs 1,064 to Disaster Relief Fund of the PMO as a protest. I had to pay additional Rs 54 for sending it by money order,” he added.

He clarified,”I do not represent any political party. But I am angry because of the government’s apathy towards our woes.”