The Indian Wire » Politics » Maharashtra Floor Test : Who will be Pro-Tem speaker? 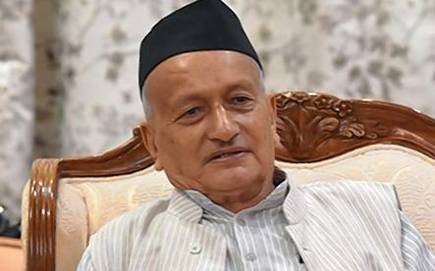 The Apex Court on Tuesday ordered for a floor test to be conducted in Maharashtra on Wednesday at 5pm where both the factions will be present to prove their majority on the floor of the house. But now the question is, who is going to be the Pro-Tem speaker of Maharashtra Legislative Assembly.

Governor Bhagat Singh Koshyari has been asked to appoint a temporary speaker for Wednesday. By convention, the senior most member of the assembly is appointed as temporary Speaker. The Pro-Tem Speaker will administer oath of office to Members of Legislative Assembly elected in last month’s Maharashtra elections.

In the current Assembly, Balasaheb Thorat, who has been appointed Maharashtra Congress legislature unit leader, is the senior most leaders with eight terms. But since there has been a departure, it could be someone else too.