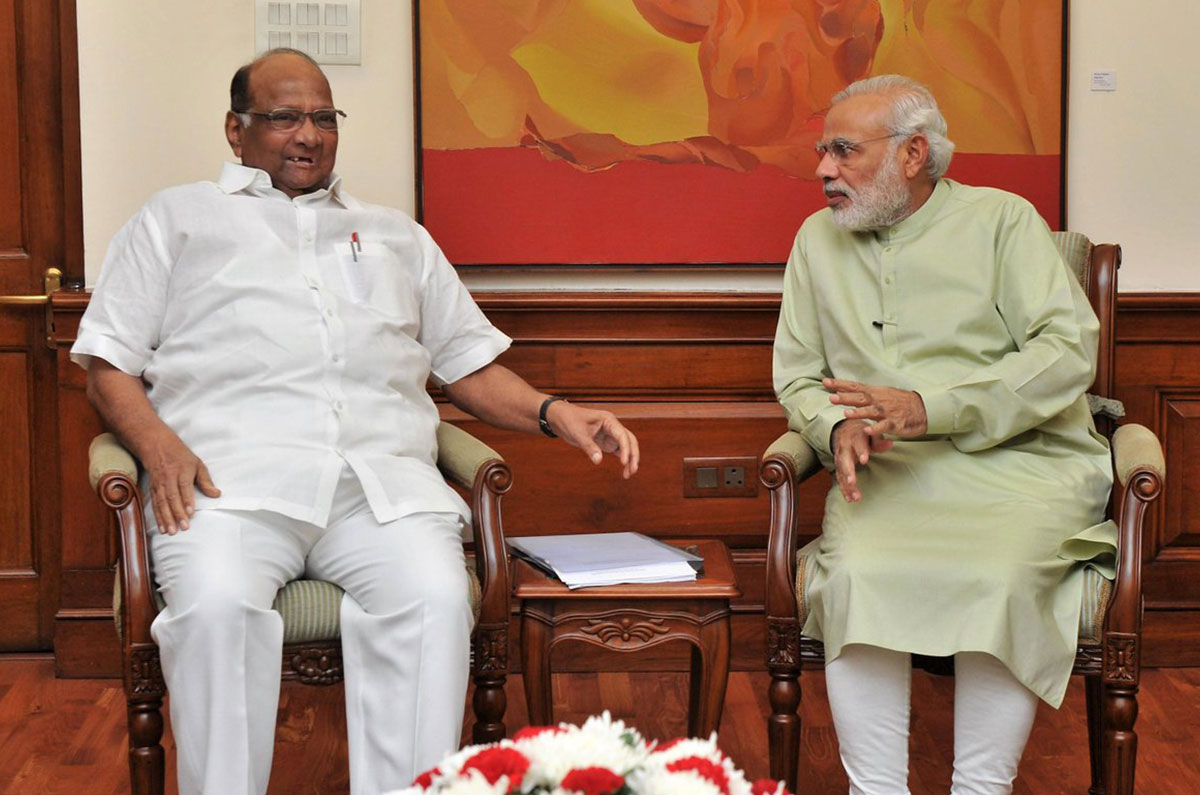 NCP and Congress are scheduled to meet today at NCP Chief Sharad Pawar’s residence at New Delhi to discuss the formation of the alliance government in Maharashtra with Shiv Sena. The meeting will be attended by top leaders of the parties. Amidst this, Sharad Pawar will be meeting Prime Minister Narendra Modi at 12:30 PM today to discuss the farmers’ crisis.

Interestingly, the meeting also comes days after PM Modi praised the NCP in the Rajya Sabha at the beginning of the Winter Session for strictly “adhering to parliamentary norms”. “Today I want to appreciate two parties, NCP and BJD. These parties have strictly adhered to parliamentary norms.” He said the other parties, including his own, should learn from them.

He also lauded the two parties for never entering Well of House to protest, saying that it has not affected their politics. “They have never gone into the well. Yet, they have raised their points very effectively. Other parties, including mine, can learn from them,” Modi said while underlining that the fortunes of either party have not been affected due to their self-imposed discipline.

This meeting sparks the notion with PM praising NCP and Pawar meeting him personally to discuss farmers’ crisis. As PM Modi and NCP Supremo Pawar have never seen eye to eye. They have exchanged bitter and harsh words in the Lok Sabha and Assembly Elections.

On Monday, Sharad Pawar met Sonia Gandhi but no official information was released. Just mere speculation of Shiv Sena Chief, Uddhav Thackeray being considered for the post of the chief minister of Maharashtra.

A congress leader said Sonia Gandhi had a meeting on Tuesday with top leaders of congress. He said “The discussion centered around government formation with the Sena and the power-sharing formula.”

Shiv Sena has called meeting on Friday with the NCP-Congress Leaders to discuss the possibilities of the formation of an alliance government in Maharashtra.