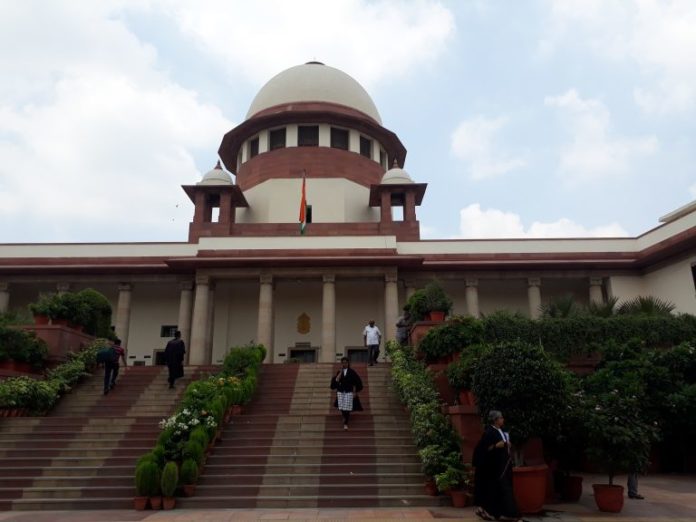 The petition filed by NCP, Congress and Shiv Sena seeking a floor test within 24 hours to avoid horse-trading and “illegal maneuvers” in Maharashtra on Monday at 11:30 AM were adjourned by Justices N V Ramana, Ashok Bhushan and Sanjiv Khanna aiming to reserve the order for Tuesday at 10:30 AM. The proceeding has adjourned the hearing after taking note of the key letters of Governor Bhagat Singh Koshyari inviting Devendra Fadnavis to form the government, and of the BJP leader claiming the support of the required number of MLAs to stake claim submitted by the Centre.

The petition was against the Maharasthra Governor BS Koshyari’s decision to invite BJP’s Devendra Fadnavis to form the government on Saturday morning as unconstitutional, arbitrary, illegal, void-ab-initio and violative of Article 14 of the Constitution of India.

In Mumbai, NCP-Congress-Shiv Sena delegation submitted letters of support to Raj Bhavan to stake claim to form the government. “Once Fadnavis fails to prove his majority during the floor test, the Shiv Sena’s claim for government formation should be considered,” the parties said in the letter.

Kapil Sibal represented Shiv Sena, Abhishek Manu Singhvi represented Congress-NCP, and Mukul Rohatgi was the counsel of BJP while Maninder Singh is counsel for Maharashtra deputy CM Ajit Pawar and Solicitor General of India Tushar Mehta was also present in the court who handed over the original letter of Governor to inviting Fadnavis to form the government.

Solicitor general refers to a letter of Maharashtra deputy CM Ajit Pawar in SC, says it had the endorsement of all 54 NCP MLAs.Governor had the subjective satisfaction of the BJP-NCP coalition enjoying the majority in the House with support of 160 MLAs and hence, invited Fadnavis to take the oath.

“Question is can a party come, seek court’s intervention to hold floor test within 24 hours”: Centre to SC on which SC replies: “The crux of the issue is whether CM Devendra Fadnavis enjoys majority support in the House and this can only be decided through a floor test.”

“What was the national emergency that President’s rule was revoked at 5.17 AM and swearing-in was held at 8 AM?” Kapil Sibal asked the center. “Uddhav Thackeray has affidavits of 154 MLAs belonging to Shiv Sena, NCP, and Congress declaring their support to Thackeray as leader of Maharashtra Vikas Aghadi,” said Kapil Sibal on Sena’s behalf.

Amidst this, Shiv Sena Senior Leader Sanjay Raut today claimed that “Ajit Pawar has been promised chief minister’s post for 2.5 years.” He added that “some NCP MLAs who were allegedly locked up in a Gurgaon Hotel have been rescued by Shiv Sainiks.”