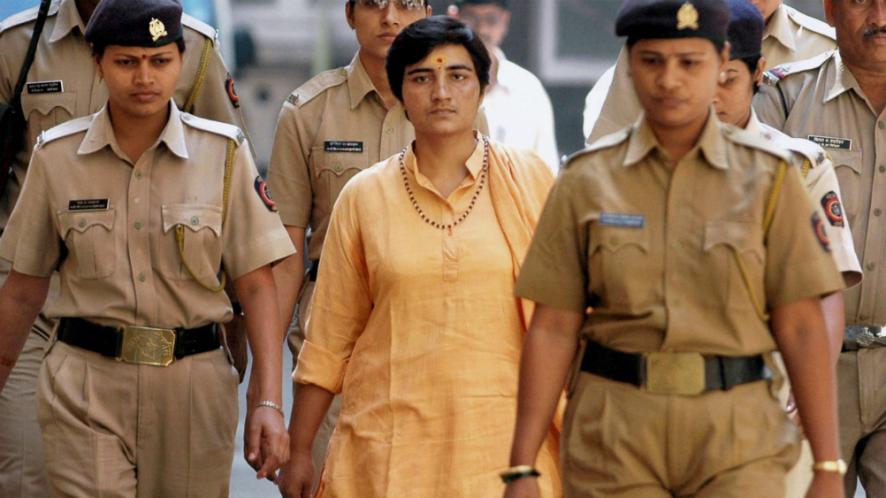 She after joining BJP asserted Confidence of winning the Lok Sabha Polls. Speaking to media after joining the party, Sadhvi Pragya said, ‘I have formally joined the BJP, I will contest elections and will definitely win. It won’t be difficult for me’ she said while talking to the press.

Sadhvi Pragya Singh Thakur in Bhopal: I have formally joined BJP, I will contest elections and will win also. #LokSabhaElections2019 pic.twitter.com/siAsXSMm1U

If speculations to believe BJP is likely to pitch him against Congress Stalwart Digvijay Singh from Bhopal parliamentary Seat.

Sadhvi Pragya has been charged in the Malegaon Blast. On September 29, 2008, two bombs fitted on a motorcycle exploded, killing seven people and injuring over 100 in Malegaon in Maharashtra, around 270 km from Mumbai. She is currently out on a bail in the case.

It should be noted that the Court had dropped provisions of the Maharashtra Control of Organised Crime Act (MCOCA) against Sadhvi Pragya, but she is being tried under the Unlawful Activities Prevention Act (UAPA).

If BJP name Sadhvi Pragya from the Bhopal Lok Sabha Seat, she will be taking on the Congress Stalwart Digvijay Singh.