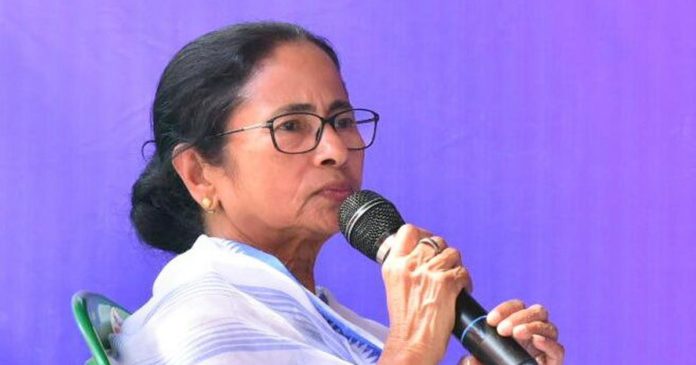 Election Commission denied the complaint filed by West Bengal Chief Minister Mamata Banerjee claiming that the EC has full rights to transfer the IPS officers for any wrongdoings or misconduct. Mamata Banerjee alleged that Election Commission carried an arbitrary, motivated order to transfer the police officials on the orders of the ruling Bharatiya Janta Party (BJP) at center.

The West Bengal CM filed a complaint that stated that EC was working at the behest of BJP. She alleged the ECI of carrying out the actions without consulting the state government.

In response to the letter, Deputy Election Commissioner (DEC) Chandra Bhushan Kumar said that the Election Commission has worked according to the law. The transfers were ordered after evaluating the complaints by the opposition and the ECI’s own assessment and investigation. EC also said that the transfers were based on the “cumulative feedback” from the top officials.

In his letter, Kumar mentioned that the allegation is equal to questioning the dignity of the Election Commission by saying that the ECI is working at the behest of the ruling party, only when the exercise is carried out for the duration of Model Code of Conduct and being labeled as arbitrary.

The following statements came after three IPS officers from Karnataka and one Kolkata Police commissioner was removed from the post and were denied duty in any election polls. The two police officials were seen with Mamata Banerjee in her dharna to which the opposition criticized as to how can police officials support a chief minister in a protest?

The two police commissioners from Kolkata and Bidhannagar and two superintendents of police from Birbhum and Diamond Harbour districts were the four transferred officials.

The ECI had replaced these officers without allegedly consulting the state government or asking for a panel to choose from which is not usually the case.

The state will go on polls in the first phase of the Lok Sabha Polls on April 11. The result s will be announced on May 23.