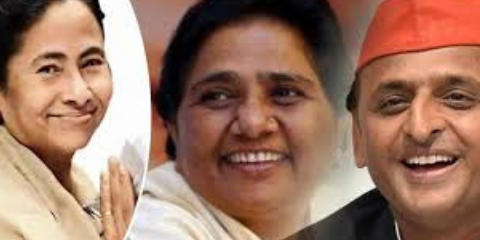 The decision came despite the BSP Supremo Mayawati on Wednesday announced its support to Congress to help to form a government in Madhya Pradesh, where it fell short of a majority by 2 seats. Samajwadi Party Chief Akhilesh Yadav also extended its support to Congress after it completely dethroned the ruling Bharatiya Janata Party in recently concluded assembly elections 2018 from three Hindi heartland states – Madhya Pradesh, Rajasthan, and Chhattisgarh.

Meanwhile, BSP leader said party MLAs and the office bearers of the BSP unit will attend the swearing-in ceremony of Kamal Nath at Bhopal. Samajwadi Party Chief Yadav also nominated its representative to the attend the function. In a tweet on Sunday evening, he conveyed his greetings to Kamal Nath for the ceremony.

The absence of prominent opposition faces is a big setback for the Congress, who wants to use the stage as an opportunity to showcase a united face of the opposition ahead of the Lok Sabha elections 2019.

While, from Trinamool Congress, its member of Parliament Dinesh Trivedi will be representing the party at the event.

While Ashok Gehlot and Sachin Pilot take oath as chief minister and deputy chief minister of Rajasthan, respectively, in Jaipur at 10 am, Kamal Nath will be sworn in as Madhya Pradesh CM in Bhopal at 1.30pm on Monday.

Bhupesh Baghel will take oath as Chhattisgarh CM in Raipur at 5 pm on Monday.