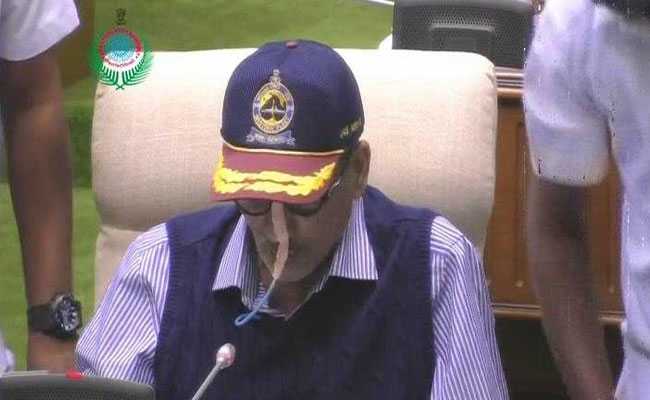 Goa ailing Chief Minister Manohar Parrikar has been admitted to the Cancer Department at the All India Institute of Medical Sciences (AIIMS).

According to AIIMS sources, Parikkar, who was taken to the hospital on Thursday evening, is under the observation of Dr Atul Sharma, Oncologist, at the Dr B.R.A IRCH (Institute Rotary Cancer Hospital) of AIIMS and will remain admitted for a few days. He was brought to Delhi on Thursday for a follow-up check-up. The chief minister flew to Delhi at around 6 pm after the conclusion of the three-day state Legislative Assembly session,” the official at CM said.

Goa Chief Minister Manohar Parrikar reached AIIMS in New Delhi for his medical review/checkup which was pending due to the inauguration of Atal Setu and State Legislative Assembly session pic.twitter.com/wPDWOiIhle

The former Defence Minister is suffering from advanced pancreatic cancer which was diagnosed in February last year. He has been in and out of hospitals in Goa, Mumbai, Delhi and New York since then.

Chief Minister Manohar Parrikar had to undergo the follow-up check-up earlier but was got delayed because of Goa Assembly Session and Inauguration of Atal Setu on Jan 27.

Since undergoing Treatment, Parrikar has not been making too many public appearances. He has been doing official work from his residence. The chief minister has so far undergone treatment at hospitals in Goa, Mumbai, New Delhi and the US.

Goa CM Parrikar had been in news recently after Congress released an audio tape allegedly saying that CM has all the documents of Rafale in his Bedroom. Recently, Congress President Rahul Gandhi dropped in his office for a quick meet.