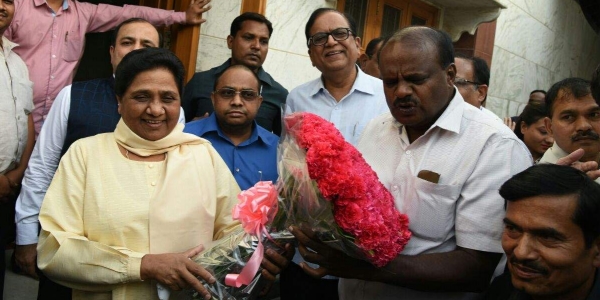 ‘Ms. Mayawati Ji, the national president of the BSP, has directed the party’s Karnataka MLA to vote in support of coalition government led by Chief Minister HD Kumaraswamy’ stated Mayawati in her official Twitter Handle.

HD Kumaraswamy-led coalition government, on Friday failed to meet the two deadlines set by the Governor Vajubhai Vala for the Chief Minister HD Kumaraswamy to prove the majority in the House. Now, the trust vote is now scheduled for Monday after the adjournment of House on Monday.

The Supreme Court last week ruled that the 15 rebel MLAs cannot be compelled to take part in the proceedings of the House.