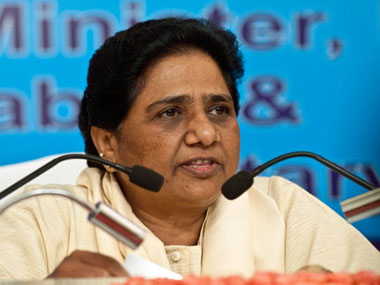 Mayawati has asked SP’s Akhilesh Yadav to allot 10 SP MLAs to vote for the BSP candidate in the Rajya Sabha elections. This might in turn cause problems for SP’s candidate Jaya Bachchan.

BSP has fielded Bhim Rao Ambedkar as the nominee, who will up for elections on March 23rd. This will spell trouble for Jaya Bachchan if cross-voting takes place and of the 37 SP MLAs left, some vote for BJP. The demand by Mayawati though is significant and well-played. It comes after BSP helped SP win the Gorakhpur and Phulpur elections in UP.

She has asked SP to allot BSP only those candidates who would not cross-vote. BJP has the upper hand by fielding an extra candidate for the Rajya Sabha elections. According to the rules, all the parties must allot a certain number of MLAs to vote for their respective candidates. Each candidate as it stands this time will have to field 37 votes. As SP has 47 MLAs they can allow 10 to Mayawati but only so long as they’re sure Jaya Bachchan will field the required number of votes.

The chances are that Nitin, Naresh Agarwal’s son will vote for BJP and this means Akhilesh might have to choose between his own party’s candidate and BSP’s. BSP is counting on SP’s 10 MLAs, Congress’ 7 MLAs and RLD’s one. The parties have also submitted their support for the BSP nominee in the Vidhan Sabha. How these elections go will determine the strength of the BSP-SP alliance, suppose SP’s support falls short, it could undo the entire alliance. If the SP MLAs cross-vote, it could even win BJP an extra seat. BJP is already expected to win 8 seats, while BSP and SP are expected to win one each. The question is will BSP and SP survive the elections, or will they succumb to a BJP victory.