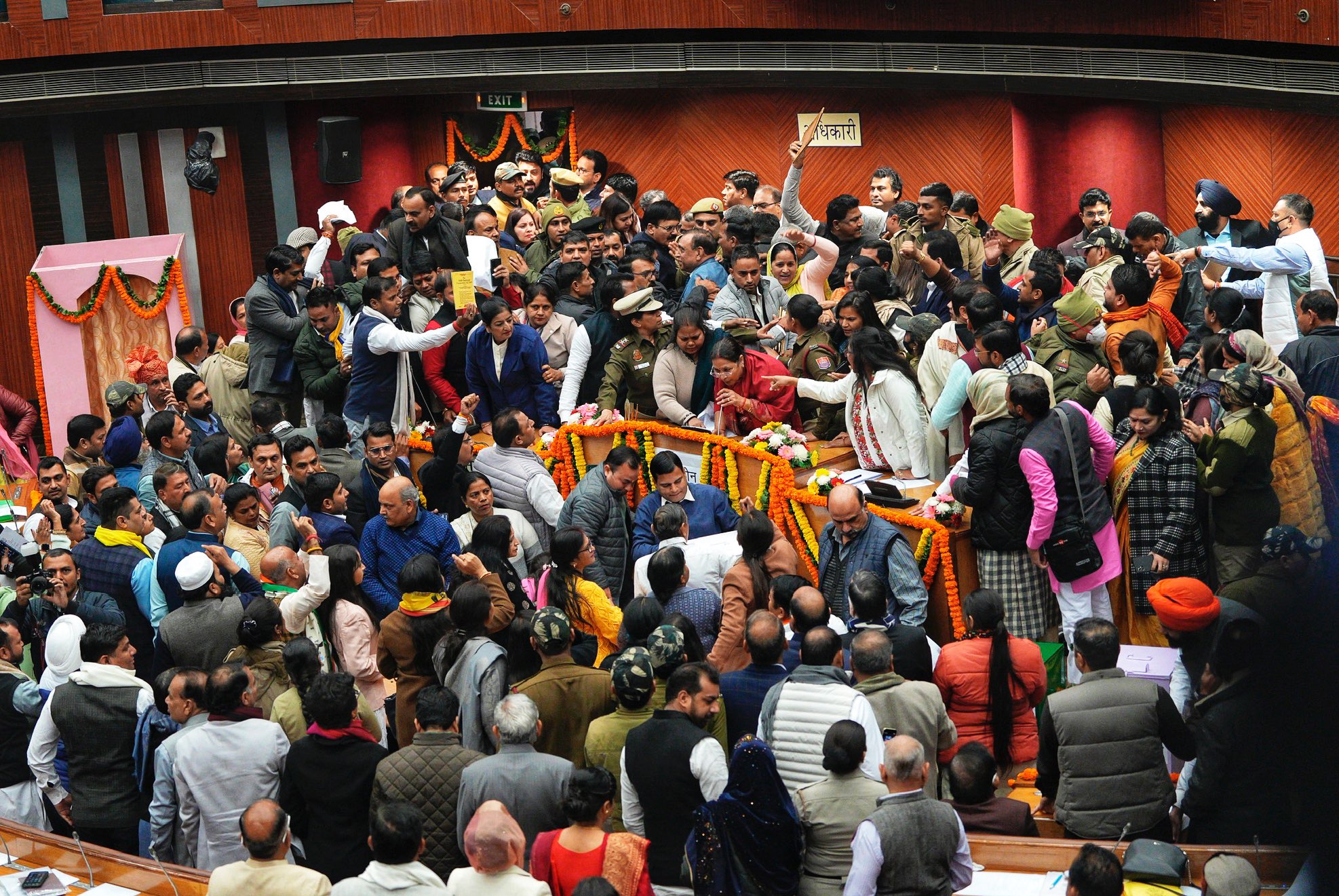 The election of Mayor, Deputy Mayor and Standing Committee members of Municipal Corporation of Delhi was postponed due to uproar. The Aam Aadmi Party  (AAP) has said they will go to court on this issue. The swearing-in of the councilors was to begin at 11 am on Friday, but as soon as the pro-tem speaker first started administering the oath to the nominated members, the members of the AAP started protesting.

There was a push and a scuffle between AAP and BJP sides. AAP councilors climbed on the seat of the pro-tem speaker. During this, some councilors were seen lifting the chair and slamming it.

The Aam Aadmi Party says that the nominated members are not sworn in first, but the BJP is changing the tradition. BJP MP Meenakshi Lekhi said that AAP leaders are not aware of the rules. That’s why they are creating ruckus.

With a history of creating ruckus & गुंडागर्दी, power-hungry anarchy of AAP has reached a new high today. Misbehaviour w women councillors & hooliganism displayed in the house is a big blot on our democracy. Wondering why such behaviour, what is there to be afraid of? #AapKeGunde pic.twitter.com/B36ybcG2Nk

MP Sanjay Singh said that the nominated members are not sworn in first, but the BJP is changing the tradition. His people are killing our councilors inside the house. Sanjay questioned that if the people of Delhi defeated the BJP in the elections, would their leaders take the lives of our people.

BJP MP Manoj Tiwari said that our party is in power at the Center and our numbers in MCD are decent. Despite this, hooliganism is happening with us. The AAP has made the House a hooliganism arena because they fear that their corporators will not support the Mayor’s voting.

273 members will vote in the Mayor’s election. A figure of 138 is needed for a majority. In the absence of the Congress, a figure of 133 is required. AAP has 134 councillors. Apart from this, there are 3 Rajya Sabha MPs and 13 MLAs. BJP has a total of 113 votes including 7 MPs and 1 MLA. There, there are 9 councilors of Congress and two councilors of Independents. In this election, 250 councilors along with 10 MPs (7 Lok Sabha MPs and 3 Rajya Sabha MPs), 13 assembly members will vote.