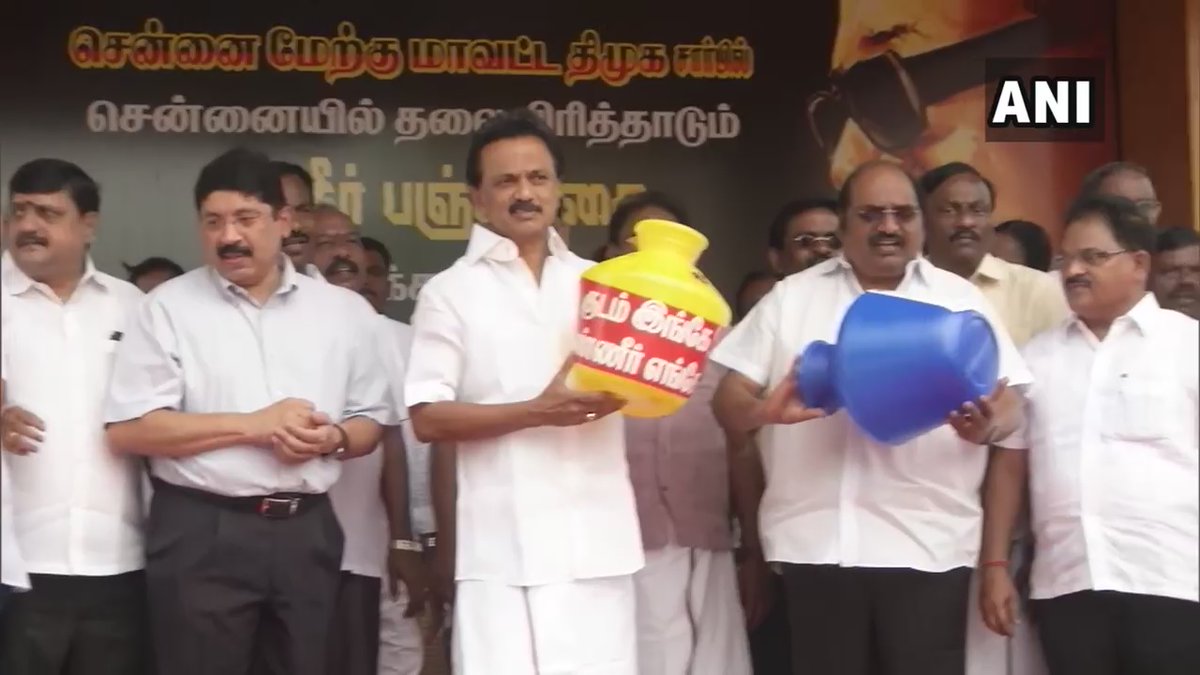 DMK President MK Stalin along with party workers on Monday held a massive protest against the AIADMK-led State government over the state’s water crisis. The massive protest was held at State’s capital Chennai where DMK workers carried empty pots in their hands.

DMK MP from Chennai Lok Sabha Seat Dhayanidhi Maran slammed Tamil Nadu Chief Edappadi K Palanisamy and said he is doing nothing and blaming the rain for the crisis.

In the meantime, DMK Sriperumbudur MP TR Baalu has given a notice in the Lok Sabha over the water crisis of the state.

Tamil Nadu is facing an intense crisis of the water across the state over the last few months as the Chennai’s Porur Lake, which is the main water resources of the state, has now reached to its lowest level. More the delay in monsoon has further worsened the situation.