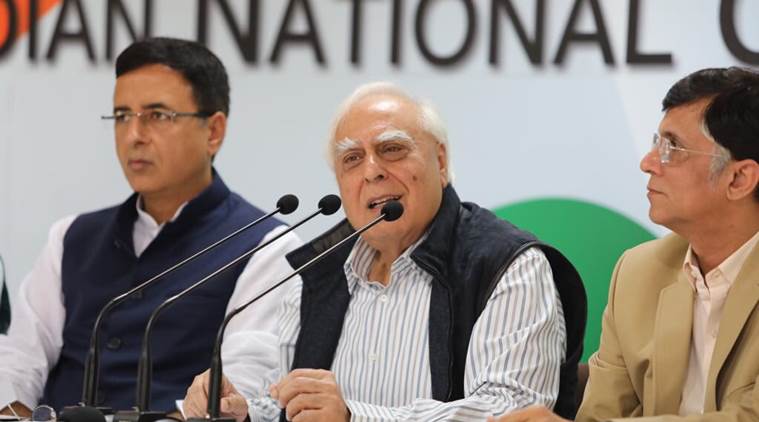 In yet another step-up to the offensive stand against BJP over the alleged banking scams, the Congress on Saturday asked the finance ministry, Reserve Bank of India and the management of defaulting banks to settle the fix in 60 days.

Congress leader Kapil Sibal in a press conference set the target at Prime Minister Narendra Modi.  He hit out at him saying that he is the “most expensive chowkidar” in the world. Furthermore, he said, “I am surprised that scams are taking place under the watch of the person who has called himself chowkidar… This banking scam is a real loss, it is an actual loss. It is not a presumptive loss.”

Sibal also slammed the Prime Minister for his alleged silence on major banking scams unearthed in the country. In addition, he said that “Modiji used to give a statement every day against the Congress when a (2G) scam worth Rs 1.76 trillion was alleged during the UPA regime. That was a presumptive loss.”

While briefing the media Sibal also said that the court gave the verdict of no scam at all. Indirectly hitting at Nirav Modi and Rotomac loan default, Sibal said: “Why is he (Prime Minister) silent now?”

“He gets a house, a plane, and is the most expensive watchman in the world,” he added