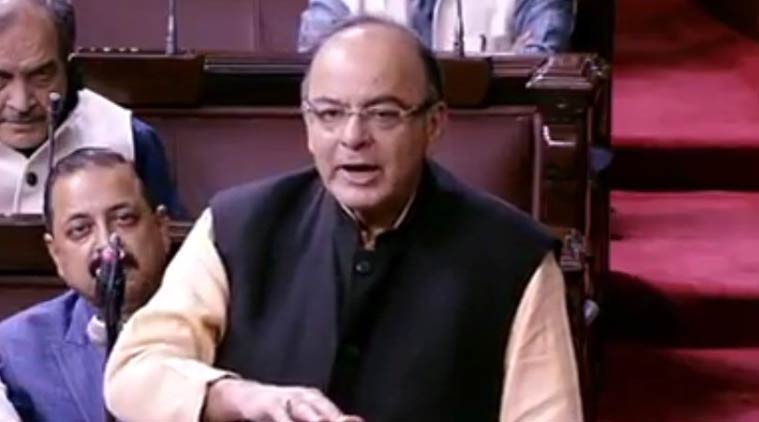 Arun Jaitley said the Indian armed forces are strong enough to meet any challenge & stressed that lessons have been learned from past wars.

While addressing the Rajya Sabha on Wednesday and initiating a special debate to mark the 75th anniversary of Quit India Movement Defence Minister Arun Jaitley assured that the Indian armed forces are strong enough to face any challenges now.

Jaitley amid the border Dokhlam border tension between India and China and the regular threats from China of taking actions against India said that India has learned its lesson from past wars. He said that Compared to 1962, the armed forces were made stronger in 1965 and 1971 wars and today the forces are all the more capable.

He reminded that though India suffered defeat in 1962 but learning from its mistakes it also emerged victorious in the wars of 1965 and 1971 thrust by Pakistan. “I agree that some challenges are still there. Some people are targeting our country’s sovereignty and integrity. But I am fully confident that our brave soldiers have the capability to keep our country secure, may it be challenged on the eastern border or the western border,” he said.

The Defence Minister further brought up J&K issue saying that it is the dream of every Indian today to retrieve the part of India’s land which got separated from it during partition. “Initially (after Independence), we faced a crisis. Our neighbour had an eye on Kashmir. Even today, we cannot forget that a part of the country has got separated. It is a wish of every Indian today as to how to retrieve that part,” the minister said.

He also urged the people to free the country from all kinds of violence, be it in the name terrorism, politics or religion. Jaitley further talking about the diversity of castes and religion in India said that different religions and castes are an integral part of the country and everyone should try and maintain the harmony in the nation.

Emphasising the importance of the struggle of the freedom fighters and celebrating the 75th anniversary of Quit India movement started on 9 Aug under the leadership of Mahatma Gandhi and other leaders he said that there should be no place in the country for violence in the name of politics, religion and terrorism.