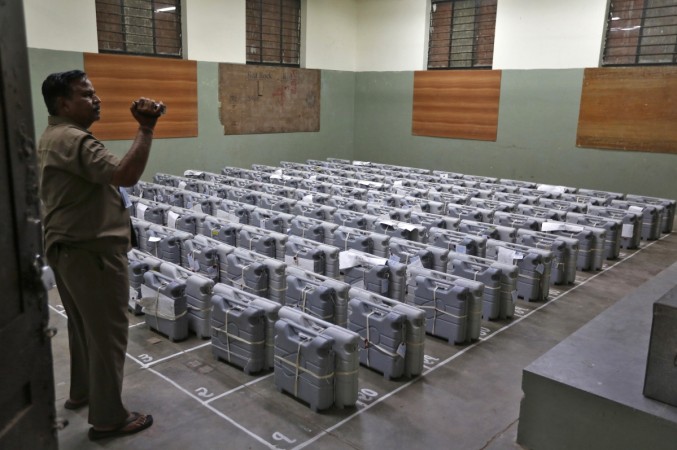 Indian National Congress (INC) and Bahujan Samaj Party (BSP) workers on Friday protested outside the EVMs strongroom in Satna district of Madhya Pradesh after a viral video showed an unknown person taking a carton inside the highly protected area.

The workers claimed that Bharatiya Janata Party-led state government was trying to tamper the EVMs. As part of the protest, the supporters even deflated the vehicles of the district administration.

While National Delegation today met Election Commission of India to ensure a secured counting process & firm security measures for EVMs strongroom, as unidentified persons with laptops & mobiles were seen around the strong room which is not allowed.

BSP’s Pushkar Singh and Congress‘ Siddharth Kushwaha held the protest demanding an action against the Shivraj Singh Chouhan-led Madhya Pradesh government. However, the district administration of Satna has denied all the charges and stated that the EVMs were under the supervision of security personnel.

The people of Madhya Pradesh went for polling on November 28, and the results will be announced on December 11 with four other state assembly elections.