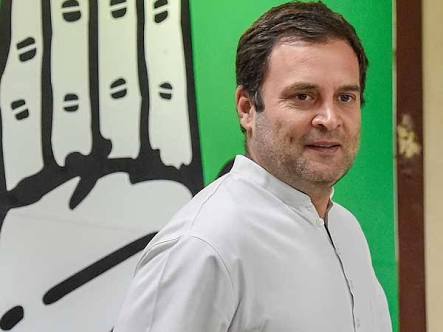 Congress President Rahul Gandhi invited several Muslim intellectuals to discuss their concerns at his home. Senior leaders like Salman Khurshid were also present in the meeting that took place on Wednesday.

The youth leader addressed their concerns regarding the “soft Hindutva” approach of the party to entice its lost Hindu voters. Gandhi assured them that his party does not believe in ‘divide and rule’ policy. His agenda for the upcoming elections is of “inclusiveness”.

The party President claimed that his party has no ” specific agenda for any specific religion or section of the society”. He will appeal the voters through his plans and not religion-based politics.

The counterpart of Congress, Bharatiya Janta Party is accused of favouring the Hindus and indulging in the politics of aggressive Hindutva. After this meet, BJP criticized Congress for luring the Muslim ‘vote bank’. They also raised questions on the secret nature of the meeting. Congress is portrayed by its opposition as a ‘pro- Muslim party’.

Gandhi listened to their concerns and assured them that the party will stick to their ideology and like BJP will not try to divide the minority from its majority.

Congress claimed that the lynching and exploitation of Muslims and Dalits is BJP’s tactic to distract the citizens from the core issues of the country like education, poverty, rape etc.

Priyanka Chaturvedi, Congress spokesperson remarked,”Our doors are open for everybody.”