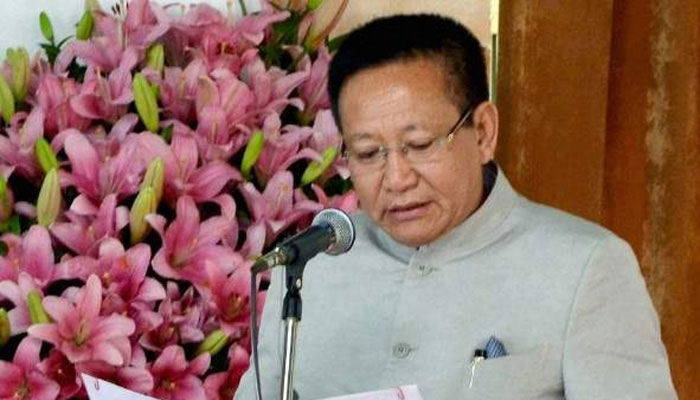 Nagaland's newly appointed Chief Minister TR Zeliang won the trust vote with the support of 47 out of 59 MLAs on Friday.

TR Zeliang was announced as the new Chief Minister of Nagaland after former CM Shurhozelie Liezietsu failed to show up for the floor test on 19 July.

TR Zeliang had written a letter to the governor pleading to form a government with the support of 41 out of 59 MLAs. Responding to which Governor of Nagaland PB Acharya on 11 July had issued a notice to Shürhozelie Liezietsu to prove his majority on the floor by 15 July, to which the CM had agreed to take. Responding to this Liezietsu moved to the High Court, contending that it was an “ex facie unconstitutional, illegal, arbitrary” order that violated the basic features of the Constitution. The court had put the floor test order on hold on Friday, but on Tuesday it dismissed Liezietsu’s plea as not tenable. The court had rejected his prayer for granting “sufficient time” for the floor test. Liezietsu did not show up for the test.

Since Liezietsu could not prove his majority in the house, PB Acharya welcomed TR Zeliang to take oath as the Chief Minister of Nagaland on 20 July.

As per the recent updates, TR Zeliang has won the trust vote with the support of 47 out of 59 MLAs on Friday.