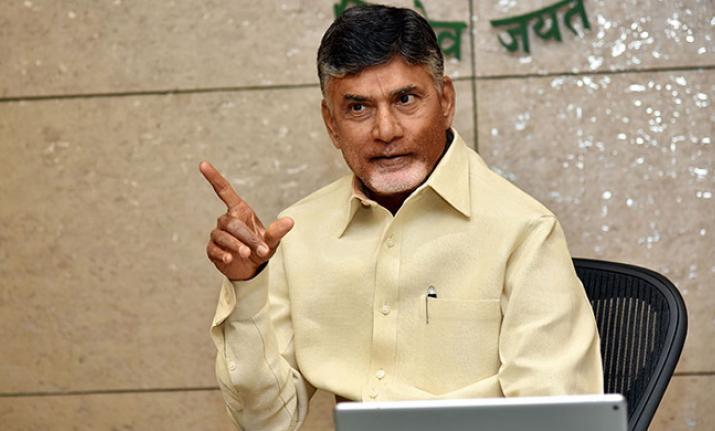 Andhra Pradesh Chief Minister and TDP Chief N Chandrababu Naidu on Wednesday continued his attacks on Narendra Modi led government accusing them of not providing sufficient funds for loan waivers of the farmers of the state despite making many requests.

Chandrababu Naidu on Wednesday released a white paper on ‘Farmer Welfare’, one of the 10 proposed by the Andhra Pradesh Government in a run-up to the Lok Sabha 2019. Naidu while releasing the white paper said, “Since the formation of TDP Government in the state, we have taken up multiple welfare initiatives for the farmers, we thought to provide farm loan waiver.  I appealed to Prime Minister Narendra Modi to announce it publicly in our joint public meeting. But he denied claiming that he would be compelled to announce the loan waiver across the country. The Centre denied providing funds for loan waiver continuously. The state government has no funds in hand. But we are committed to waive loans for the farmers.”

He further accused BJP led NDA government of not giving adequate MSPs to different types of crops, Naidu said that the government is supposed to procure 40 percent of yield but is procuring 25 percent only.

Speaking about the agriculture which was in bad shape after he assumed Office in the state, he said, “when agriculture is developed then only purchasing power of any state can develop and similarly other sectors will grow”

Speaking on his stint as the Chief Minister, Naidu said Suicide cases across the state have seen a dip after since he had taken the charge. He also asserted that compensation of 5 Lakh has been given to families of deceased farmers.

He further added that “His Andhra Pradesh government is the only government that has doubled the income of farmers, We have set up seven missions and five grids for the overall development of the state’s agriculture. Although there has been very less rainfall in the last five years, we managed to complete many irrigation projects to overcome that”.

Elaborating about the pro-farmer motive of his government, Naidu further asserted that his government has allocated 19,070 crores for the Agriculture in the last Fiscal Year. More than 4,000 extension officers are working for the welfare of farmers. We are distributing quality seeds to the farmers. We are setting up a mega seed park at Tangadancha in Kurnool district in association with Iowa University in the USA. We gave Rs 9,411 crore to 25 lakh tenant farmers. We are also giving Rs. 25,000 as compensation to those whose
crops have been destroyed. We are giving affordable MRPs on various agri-products compared to what Centre is giving. We are effectively using e-NAM in markets.”