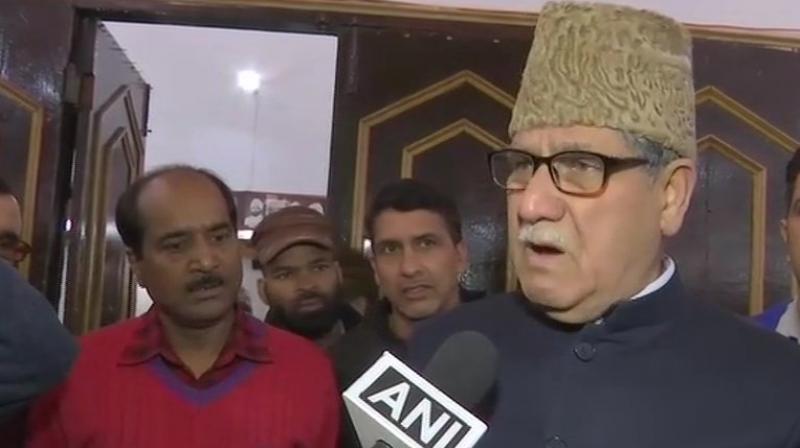 When asked by the media to comment on the issue, Lone said he shouted “Pakistan Zindabad” because he was “provoked” by anti-Pakistan slogans raised by some BJP MLAs protesting against the terrorist attack.

The former J&K Assembly Speaker told an ANI correspondent, “Yes, I said it. It is my personal view, I said it in the House and I don’t think anyone should have a problem with it.”

NC president Farooq Abdullah distanced his party from Lone and said the MLA’s comments were completely out of turn and unacceptable to the party. He stated that Lone must remember that he belongs to a party that has rejected Pakistan’s two-nation theory on Kashmir.

Working NC president and former chief minister Omar Abudllah echoed his father’s sentiments and said, “We need to focus on the unfortunate developments in Sunjwan Army Camp and not get distracted by misplaced slogans.”

BJP, on the other hand, attacked NC through spokesperson GVL Narasimha Rao, who took to Twitter to ask Omar Abdullah to “stop this drama” and sought the MLA’s expulsion from his party. Abdullah responded by blaming BJP and its ally PDP for mishandling affairs in the state.