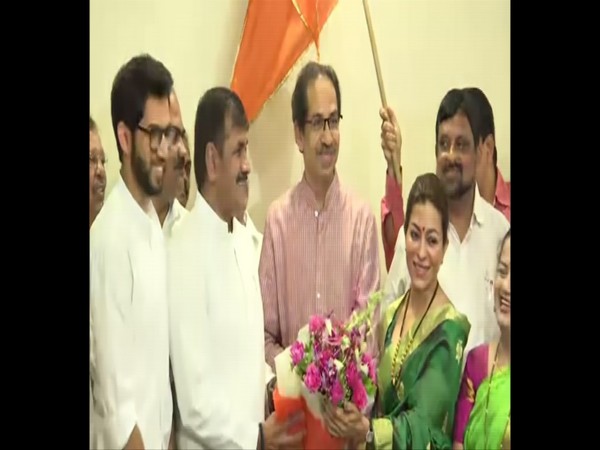 In what can be seen as a jolt to Nationalist Congress Party (NCP), its leader Sachin Ahir on Thursday joined hands with Shiv Sena in presence of party president Uddhav Thackeray. The development comes months before the State Assembly polls.

Ex-Minister and Former NCP MLA, Sachin Ahir said he joined the Shiv Sena after being influenced by the work of Aaditya Thackeray and Uddhav Thackeray. “I felt that it would be good to work should-to-shoulder with them,” Ahir told media at the joining venue.

He was the NCP City President. Responding to a question about whether he informed NCP Boss Sharad Pawar about quitting the party. Ahir said that he met Pawar and told him about the current status of Worli Assembly Constituency.

However, he added ‘On one side I am happy, but it is difficult to forget the help from senior leaders in NCP’.

The recent development came amid speculations of another NCP Leader Chhagan Bhujbal, wanted to change ship. However, Bhujal junked the reports and said that all news is baseless and false.”

NCP Staunch leader Chhagan Bhujbal is the former Deputy Chief Minister of Maharashtra. He started his political career with Shiv Sena in the 1960s and later joined NCP after spending two decades in Shiv Sena.

It should be noted that both – Congress and NCP – forged an alliance in the state in the national polls. However, the alliance faced a humiliating defeat by the BJP–Shiv Sena combine. In the state that sends 48 MPs to the Lok Sabha Polls, NCP-Congress could only bag 5 Lok Sabha Seats with NCP winning 4 seats while one seat won by the Indian National Congress.