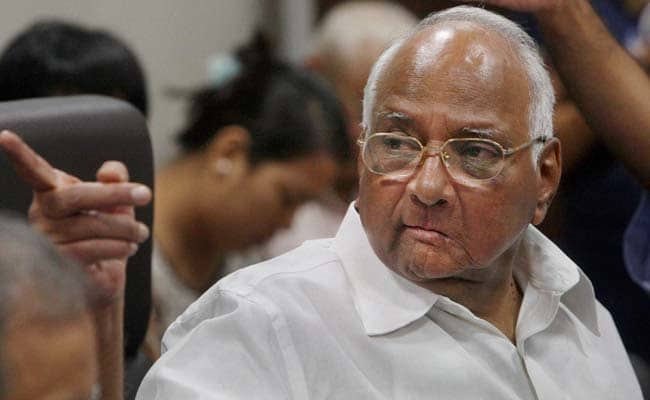 Sharad Pawar‘s Nationalist Congress Party today raised questions over the authenticity of the CAG report tabled by Centre Government before the Rajya Sabha earlier in the day. Nationalist Congress Party (NCP) Spokesperson Sanjay Tatkare alleged that CAG Mehrishi was financial secretary during Rafale negotiations and he himself is CAG now so the question is the authenticity and truthfulness of the Rafale Deal. He added there is a conflict of Interest.

Similar allegations were leveled by Congress Leader Kapil Sibal on Sunday who said CAG has a Conflict of Interest.

NCP Spokesperson Sanjay Tatkare said the CAG report is silent on the pricing. ‘Why the cost appears 2.86% lesser is because the Centre Government have waived the bank guarantee which was one of the components in the deal considered during the UPA’s tenure,” he said.

The Sharad Pawar-led party was a constituent of the Congress-led UPA Alliance.

“Since the NDA government waived the bank guarantee and removed anti-corruption clause from the deal, the fighter jet seller did not require to pay a premium for it and the cost came down.

The CAG has to remove the bank guarantee which was considered during the UPA era and then compare,” Tatkare added.

Quoting a media report, the NCP leader said three members of the Rafale negotiation team had dissented on these very aspects of time and cost. “We don’t know if the CAG was supplied those papers.

This government is capable of hiding facts,” Tatkare alleged “Whatever report has been presented in Parliament does not talk about the cost. It just says the cost is 2.86 percent lower,” he added

Earlier in the Centre Government put forward that much awaited CAG report before the Rajya Sabha on the last day of the Budget Session after which General Elections are slated. CAG Report tabled by Centre stated that the deal negotiated by the NDA was cheaper than that of the UPA proposed deal. The CAG report titled ‘Capital Acquisition in Indian Force’ which was of over 140 pages has 32 pages specially dedicated to Rafale Deal.

The report looks at 11 deals from 2012-2102 (five from the UPA era and six from the NDA era). The price comparison of the other deals with the Rafale deal in percentage has been given in the report. However, there was no mention of pricing in the entire report.

Reacting on the CAG report, Union Finance Minister Arun Jaitley said, ‘“Satyameva Jayate – the truth shall prevail. The CAG Report on Rafale reaffirms the dictum. 2016 vs. 2007 terms – Lower price, faster delivery, better maintenance, lower escalation. It cannot be that the Supreme Court is wrong, the CAG is wrong and only the dynast is right. How does democracy punish those who consistently lied to the nation? The lies of ‘Mahajhootbandhan’ stand exposed by the CAG Report.

Satyameva Jayate” – the truth shall prevail. The CAG Report on Rafale reaffirms the dictum.