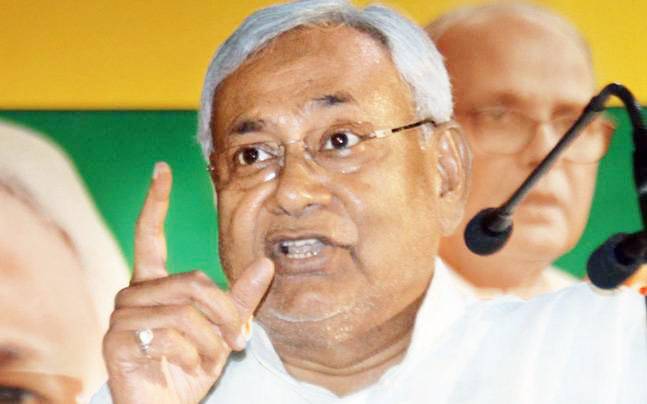 The chief minister of Bihar, Nitish Kumar asserted that he will not compromise on the issue of "rule of law".

The chief minister of Bihar, Nitish Kumar asserted that he will not compromise on the issue of “rule of law” and assured the people that no one will be spared in the alleged theft of government funds by a Bhagalpur-based NGO. “There are people who misused government funds meant for various schemes in a society in Bhagalpur. I assure the people of the state that guilty, whether they are government or bank employee or any other person, will not be spared at any cost,” Kumar said.

In his Independence Day speech, Kumar announced that people belonging to scheduled caste, scheduled tribe, the backward and extremely backward class can now get contract work of up to Rs 50 lakh in government departments. He also announced a slew of development projects and schemes for youths, women and minorities to bring about the economic and social development of the state. Earlier, the limit was Rs 15 lakh for people of the above categories. Students belonging to scheduled caste, scheduled tribe, extremely backward class and minorities will continue to avail of post-matric scholarships, Kumar said. He also said the government would set up solar power plants at Kajra and Pirpainty in the state.

After unfurling the National Tricolour at Gandhi Maidan here, Kumar urged the people, especially youths, to protect the environment by undertaking plantation drives. He also asked them to make the social campaign, ‘To end child marriage and dowry’, scheduled to begin on October 2 in the state.