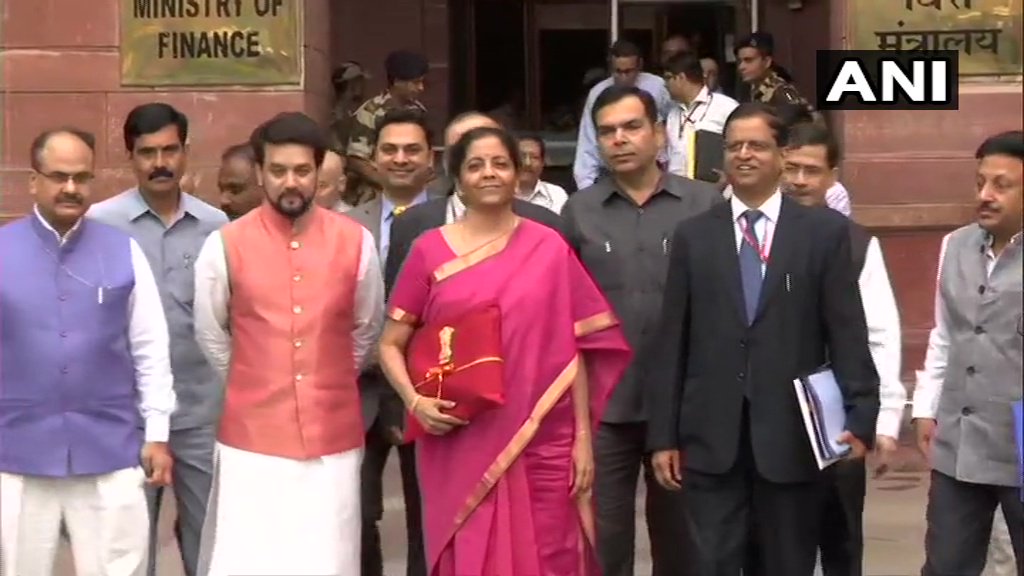 She will be presenting the full-fledged budget for the Financial Year 2019 to 2020, till March.

Nirmala Sitharaman will begin presenting the Budget at 11 am and will start with addressing the Lower House of the Parliament. The timing of the presentation usually ranges from 90 minutes to 120 minutes.

It should be noted that because of the poll year, the Union Government had in February presented its Interim Budget.

Sitharaman is expected to announce big tax relief for the middle class and salaried people.

Sitharaman had earlier held a series of pre-budget meetings with several stakeholders in a bid to seek feedbacks, and inputs ahead of the Budget Session of the 17th Lok Sabha.