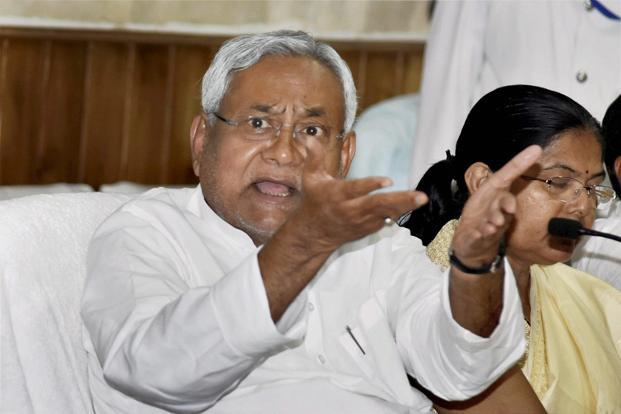 CM Nitish Kumar has to seek Congress help to find out a solution to the issue that threatens to pull apart the grand alliance.

Tejashwi Yadav has refused to resign from his post of deputy chief minister of Bihar and even RJD is not ready to bend. Ultimately, CM Nitish Kumar has to seek Congress help to find out a solution to the issue that threatens to pull apart the ruling three-party grand alliance. Kumar wants to seek a quick resolution to this issue as he wants to avoid any embarrassments during the Monsoon session. He doesn’t want to be blamed for the split of the great alliance and has tried to persuade RJD to convince Tejashwi to give his resignation. But RJd leaders are supporting Tejashwai and want Nitish to dismiss him if he has a problem with him.

Nitish is in a do or die situation. If he dismisses Tejashwi then, it would become a major reason for the split of great alliance and BJP would become powerful in Bihar and if he doesn’t dismiss him then, he would be accused by others of supporting corruption and not following his own policy of zero tolerance to corruption.
According to the source, a big challenge for the three allies now is to present a united face in the house.

It is difficult to predict Nitish decision.