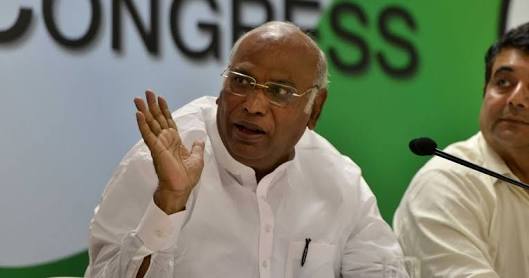 The no-confidence motion is being discussed in the Lok Sabha. As the opposition and the ruling party have locked horns, the leaders both for and against the motion are trying to put forward their best arguments and raise important issues.

Mallikarjun Kharge, Congress leader and leader of the opposition in the Lower House attacked BJP. He accused BJP of divide and rule in the country. Kharge also questioned BJP for not appointing Lokpal in four years of Modi government.

Kharge said in his speech, “The way you are operating now, the way you are mistreating minorities, compromising on freedom of speech, spreading inequality, democracy would have been demolished by now had we adhered to your measures as well.”

He criticized BJP for its support to RSS, saying it is ‘against the principles of B. R. Ambedkar’.

Kharge expressed his dissatisfaction with the amount of time allotted to the opposition leaders to keep their arguments, saying it was impossible to present our side “within one minute”.

Kharge also accused BJP of ignoring Congress’ ‘good work.’ He said, “BJP does not acknowledge the work Congress has done in all these years. It shouldn’t lecture us. BJP doesn’t look beyond itself.”

The debate is still going on and will conclude with Prime Minister Modi’s remarks. After the debate, voting will be held in the Lower House. BJP will most likely defeat the motion by proving majority in the House.