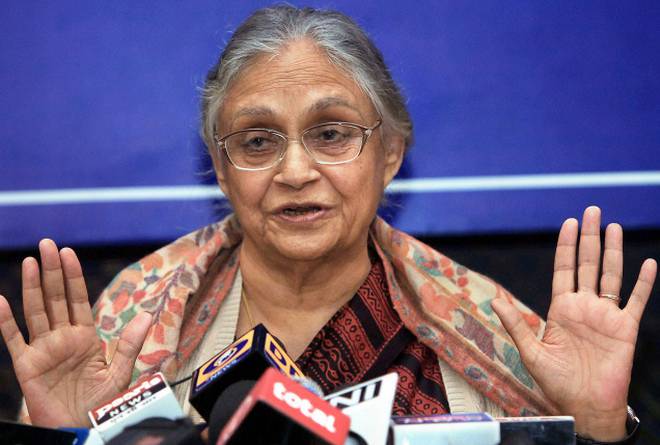 Briefing the media after the meeting the Congress party’s Delhi leadership in which party president Rahul Gandhi was also present, former Delhi CM Sheila Dixit made the announcement.

Sheila Dixit said ‘A unanimous decision has been taken that there will be no alliance in Delhi’.

Delhi Congress Chief Sheila Dikshit: A unanimous decision has been taken that there will be no alliance in Delhi pic.twitter.com/nnmhnthY6g

Responding on the Decision, AAP Leader Gopal Rai said, ‘Congress’ final announcement (to contest alone in Delhi) shows that it is hell-bent on helping BJP, it seems for them the party is bigger than the country. Could it be that Congress has made an unofficial alliance with the BJP?’

Gopal Rai, AAP: Congress' final announcement (to contest alone in Delhi) shows that it is hell bent on helping BJP, it seems for them party is bigger than the country. Could it be that Congress has made an unofficial alliance with the BJP? pic.twitter.com/lKGy2Aifdw

DPCC Chief Sheila Dixit’s announcement came days after Aam Aadmi Party on Saturday announced its candidates in 6 out of 7 Lok Sabha in Delhi for Lok Sabha Polls due for April-May this year. AAP Delhi Convenor Gopal Rai on the occasion briefed the press along with all Six Candidates.

The candidate for the seventh and the final seat, West Delhi, is still being discussed and will be announced later, senior party leader Gopal Rai said at a press conference on Saturday.

Delhi Chief Minister and AAP National Chief Arvind Kejriwal while speaking in a public rally last month said that there should be “There should be only one candidate against every BJP candidate, votes must not be divided. I am tired of trying to convince Congress for forming an alliance. But they refuse to understand. If today our alliance with Congress is done, BJP will lose all seven seats in Delhi,” Kejriwal had said last month at an event in the national capital.

The Bhartiya Janta Party (BJP) had swept the state by winning all seven parliamentary seats with a vote share of 46.40 per cent in 2014 General Elections. The AAP came second with 32.90 per cent votes, pushing the Congress to the third with 15 per cent vote share.