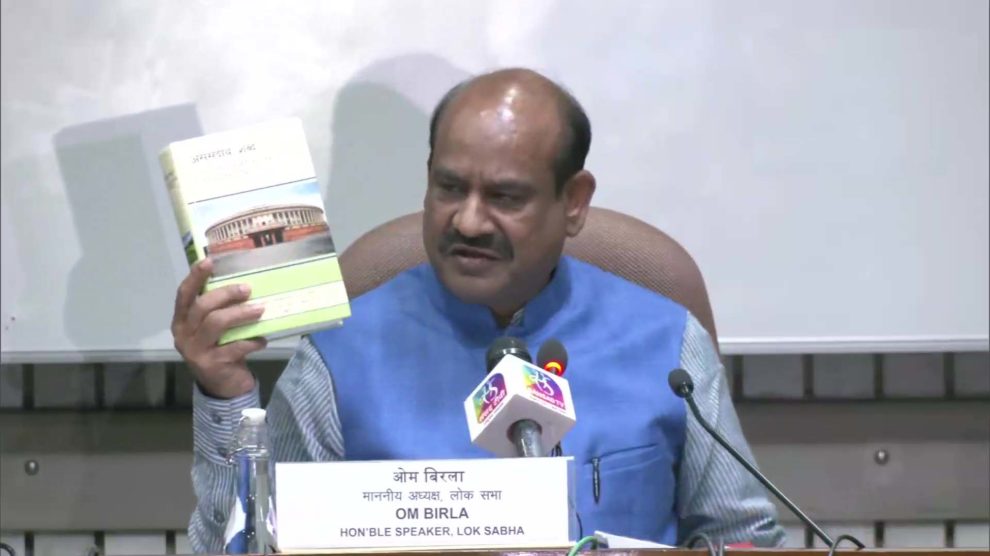 Briefing the media in New Delhi on Thursday, Birla said, context is important rather than words. He said, if any word is being used during the proceedings of the house which is unparliamentary in context, then it will be expunged. He said, issuing the list of unparliamentary words is a routine process of the Lok Sabha and this practice has been in existence since 1954.

He said, “Earlier a book of such unparliamentary words used to be released to avoid wastage of papers, we have put it on the internet. no words have been banned, we have issued a compilation of the words that have been expunged.”

Earlier a book of such unparliamentary words used to be released… to avoid wastage of papers, we have put it on internet. no words have been banned, we have issued a compilation of the words that have been expunged…: Lok Sabha Speaker Om Birla pic.twitter.com/YJvrGp4gp4

Refuting the allegation that the government has banned certain words to restrict the Opposition to criticize the government, he said, the government cannot ban any word. He said words that have been listed as unparliamentary are being used by the members of the party in power as well as by the Opposition. He said, any member of the house has the right to speech and expression, however, it is expected that the debate must be according to the decorum of the house.

Congress party leader in the Lok Sabha, Adhir Chowdhury writes to LS speaker Birla. Says, “many common words used in day-to-day conversation have been included in the list, the essence of expression would be minimised. None of the political parties were consulted on this.” 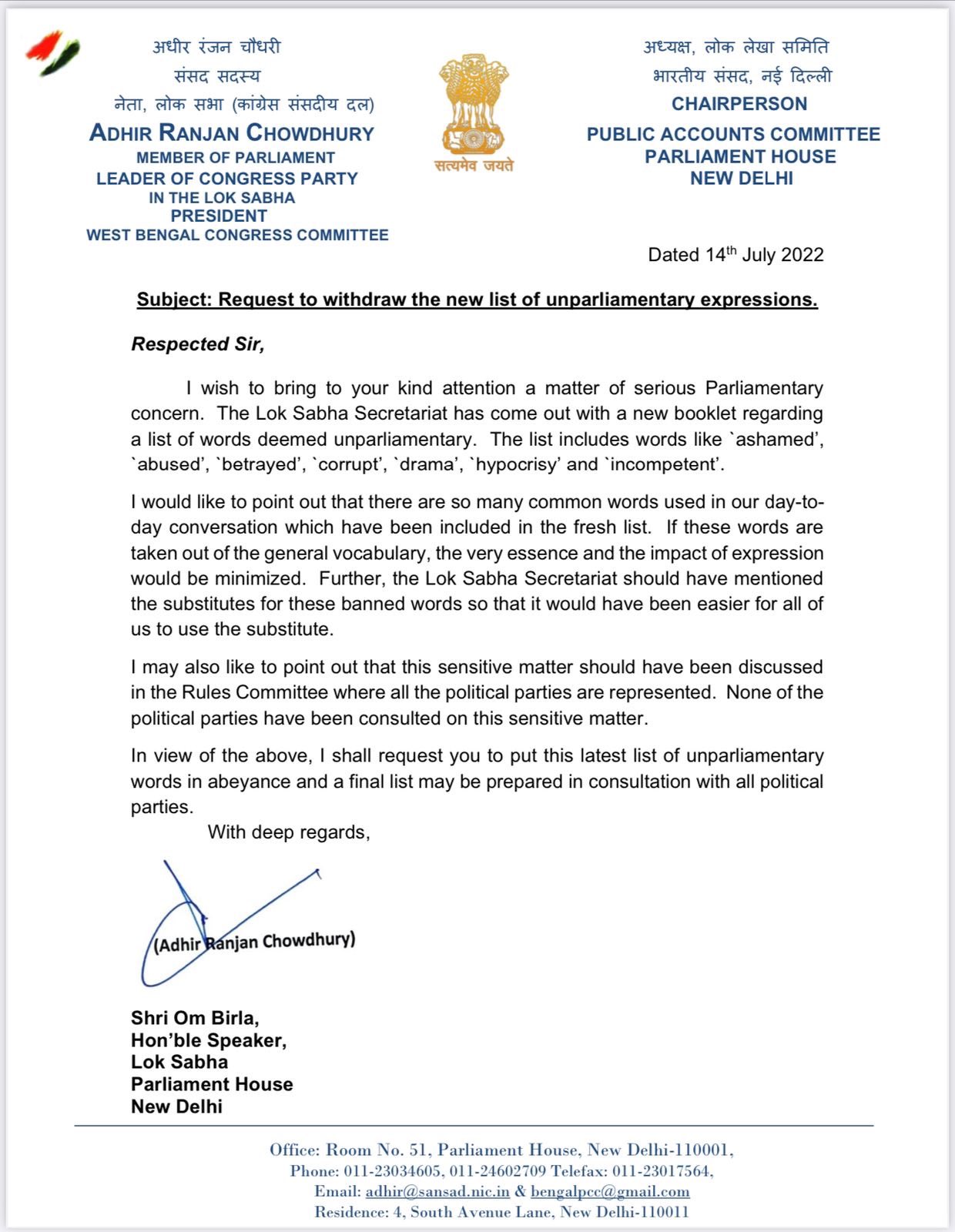 It is noteworthy that ahead of monsoon session, Words like ‘Covid spreader’, ‘snoopgate’, ’nautanki’ jumlajeevi, tanashahi’ ‘Shakuni’ will be considered ‘unparliamentary’ by new parliament rules. Words like ‘incompetent’, ‘corrupt’ ‘betrayed’ even ‘hypocrisy’ are out. The UN annual report on Children and Armed Conflict: children become “the first to pay the price”
Ukraine War: After the high-stakes meeting with Ukraine and Russia in Istanbul, the UN sees “a ray of hope” to work out the Ukrainian Grain Export Deal
Comment