The Indian Wire » Politics » Note ban is Modi made disaster; 2019 no more a won battle: Congress 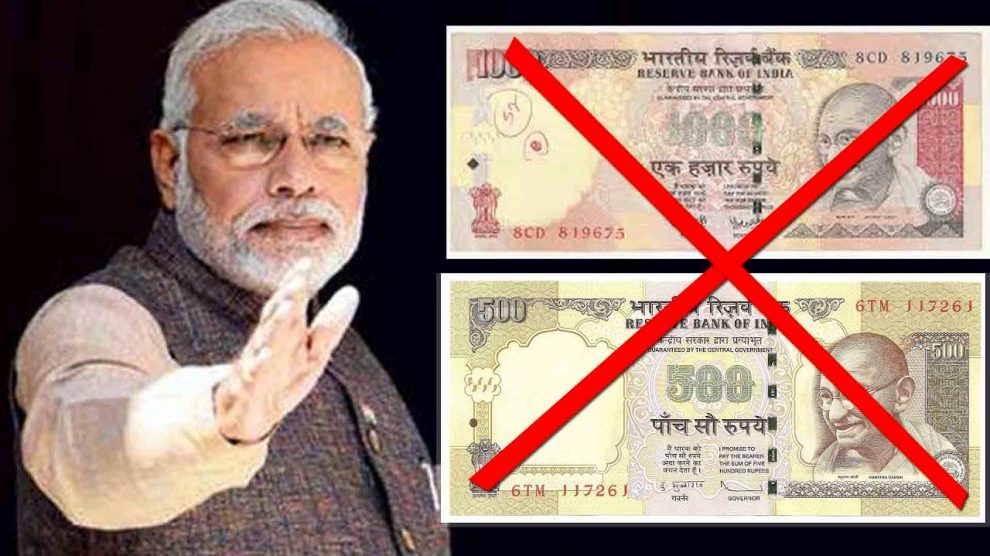 Demonetisation is aptly termed as Modi made Blunder & this experiment of the government can make the 2019 Lok Sabha polls difficult to win.

The opposition has once again attacked the Narendra Modi led government over the economic slowdown, bringing up the matter of demonetisation– the Modi made disaster.

While speaking at a seminar on Demonetization and its devastating effect on the economy and society, Congress spokesperson Randeep Singh Surjewala on Thursday, termed demonetisation as the scam of the century. Surjewala said that Indian Prime Minister Narendra Modi’s name will surely be remembered in the history alongside the name of Muhammed bin Tughlaq for the gross misadventure.

Further attacking Modi he said that former Prime Minister Manmohan Singh was right in calling demonetisation an organised loot and a legalised plunder. Since the RBI published its first report giving the figures after Nov when the note ban was imposed, there has been a ruckus in the country.

While the ruling BJP is trying to hide behind calling the reports a technical mistake, the opposition is leaving no occasion to prove Modi’s decision of banning the old currency note of Rs 500 and Rs 100o a big mistake. Congress Vice President Rahul Gandhi had demanded investigation through Joint Parliamentary Committee in the demonetisation scam, after the RBI reports revealing the truth.

The Congress spokesperson said that Demonetisation is aptly described as Modi Made disaster and also added that on the humanitarian basis the Prime Minister should apologise to the entire nation and quit from the post.

Surjewala further provided the figures that the recent GDP data released, record a decline from 9.2 to 5.7 percent, meaning a loss of over Rs 3 lakh crore to the economy. “If morality is still alive in India’s politics then it is time for PM Modi to introspect and demit the office he holds, besides apologising to the nation for the unpardonable blunder and order an immediate investigation into the demonetisation scam,” he said.

While addressing the gathering he also questioned that where is all the black money recovered from the exercise of demonetisation and where is the fake currency. He further added that demonetisation did not succeed in eradicating terrorism and Naxalism, but it sure was a boomerang for the economy if India. He further added that the cost of printing the new currency is far more than the savings, Modi, for his adventure and experiment has dumped India in the slumps with slowing economy.

Senior Congress leader Anand Sharma also speaking at the seminar said that the experiment of Modi has given a blowback to India and will take years to recover the loss. He said the hundreds of people lost their jobs, many businesses were shut down and many also died due to the Modi made disaster. He further questioned that the Modi government claims that 99% of the money came back to the banks, but how did the money return if it was black money.

The opposition has been attacking the government demanding an explanation for the slowing economy and the decline in GDP. A few months back everyone was sure of the BJP led by Modi to return to power for a consecutive term in 2019. However, the slowing economy can become a heavy price that BJP would have to pay as the possibilities are rising of public getting frustrated with the economic condition in India.

Former Chief Minister Of Jammu and Kashmir Omar Abdullah, when in March BJP had won with an overwhelming victory in Uttar Pradesh that, the parties should forget about 2019 and start preparing for 2024, as 2019 is booked for BJP with Narendra Modi as the leading face. But he had also added that “BJP isn’t unbeatable but strategy needs to shift from criticism to positive alternative. Criticising the PM will only take us so far.”

But these were the words said then and quite a bit has changed since then. It is true that Narendra Modi with a Pan India acceptance has no competitor to beat him, but even this is true that if fought with a well planned and systematic strategy he is not unbeatable also.

Looking at the current situation, the Modi government itself has given the positive alternative as said by Abdulla and that is the slowing economy. As if the demonetisation was not enough the implementation of Goods and Services Tax has further created a havoc in the economy.

As per the data available, The Organisation for Economic Co-operation and Development (OECD) said that as per the prevailing conditions and as per the records, India’s economy would likely grow 6.7% in FY18, lower than its estimate of 7.3% in June. Indian economist Man Mohan Singh had predicted that demonetisation could shave off 2 percentage points off GDP growth and so did it happen.

The implementation of the GST has also affected many business and jobs the other way round.

It is not just that the opposition has realised this and pointing it out but the ruling BJP has also accepted it but is hiding behind the doors. The reports produced by the RBI were termed as a technical glitch by the BJP Party President Amit Shah, however, the SBI reports just after a few days of his comment said something else. The SBI report read that “We certainly believe that we are in a slowdown mode since September 2016 and a slowdown that has been prolonged to Q1 of this fiscal year is technically not short-term in nature or even transient.”

The government has realised that the situation is getting critical and requires immediate action and this can be clearly projected by the decisions taken by the government. The stimulus or the relief fund which is set aside for financial emergencies or helping the economic organisations has been increasing year after year.

The Rs 40,000 crore stimulus that the government is said to be planning aims at boosting exports, encouraging domestic investment, supporting small and medium enterprises and providing more money for rural infrastructure and affordable housing. But this decision of the government can be a counter attack on themselves only A fiscal stimulus at a time of rising inflation and higher current account deficit can be a risky measure.

It has been six months that the former Chief Minister Of Jammu and Kashmir Omar Abdullah tweeted: “At this rate, we might as well forget 2019 & start planning/hoping for 2024.” Since then things have changed a lot, or say it the experiments and adventures of Modi have gone against the ruling government. The major concern for India currently is the declining economy and increasing unemployment. These two reasons can be big enough to hit hard against the BJP and provide an alternative to the opposition.

Modi had successfully escaped the opposition’s try of pinning him down on the issue of ideology and corruption. But it is difficult for any leader to escape the criticism on economic slowdown. If the government soon does not take actions to get the economy back on the tracks, winning the Lok Sabha polls in 2019, just with the name and face of Narendra Modi will not be enough and it will be the sooner the better for the government to realise the rising situation of ant

BJP allies in Kerela upset with the party, indicates break in alliance
Sushma Swaraj in US sacks down Pakistan over terrorism