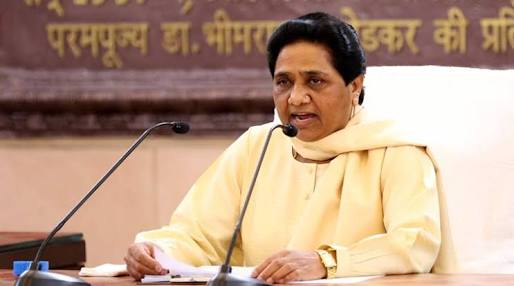 Bahujan Samaj Party supremo Mayawati has joined the uproar created by the Opposition after the publication of the final draft NRC– National Register of Citizens in Assam. The Dalit leader condemned the draft over the exclusion of over 40 lakh people.

She said, “By depriving 40 lakh people from religious and linguistic minorities living there for years of their citizenship, the BJP governments both at the Centre and in Assam have achieved the target of their narrow and divisive politics”, reported PTI.

Mayawati demanded an all-party meeting to discuss on the NRC issue and to seek “remedial measures”. She also accused the Centre of saying that the government is working under the apex court’s order when previously it has never listened to the courts. “The country is witness to how the Centre has been continuously flouting the courts,” said BSP chief.

She accused BJP of “narrow, casteist, communal and divisive policies” which has created anarchy in the nation. She demanded that “malicious campaign of every sort” should be stopped towards Dalits and Muslims which she alleged were under extreme pressure in western Uttar Pradesh.

Uttar Pradesh BJP chief Mahendra Nath Pandey replied to Mayawati’s remarks and said, “When the issue of infiltration of illegal Bangladeshi immigrants in Assam had assumed the shape of a mass movement, Mayawati was nowhere in politics”. He added, “Moving in tandem with the Congress, the BSP chief wants to save Bangladeshi infiltrators.”