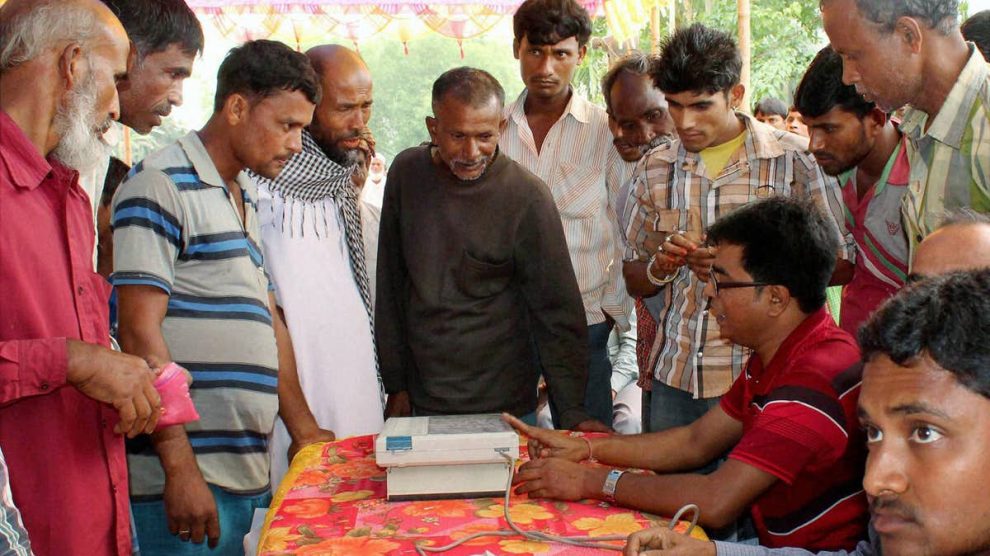 The Congress said it was ready for early Lok Sabha elections along with state assemblies, while many opposition parties opposed the idea.

The Election Commissioner OP Rawat on Wednesday had issued a comment saying that the EC will be logistically equipped to hold the Lok Sabha elections and state assembly elections simultaneously by Sep 2018.

Prime Minister Narendra Modi has also quite a few times suggested holding the general and the state assembly polls together. As per the prevailing conditions with everyone criticising the slowing economy and decrease in the GDP by 2% it is being speculated that BJP is fearing that Modi will lose its Charisma by 2019 and is hence suggesting early elections.

On the other hand, most of the opposition parties have rejected the idea of holding simultaneously. They said that the idea is neither feasible nor realistic. They also argued that it is impracticable to do so as long as Article 356, which allows the Centre to dismiss a State government if law and order fails is on the statute book. They also said that all the oppositions do not have a consensus on the proposal and till the time all the parties do not give their consent the elections cannot be held simultaneously.

While, The Janata Dal (United) and the Telugu Desam Party (TDP), both allies of the BJP, have extended their support to hold the elections together, but its recent friend JD(U) led by Nitish Kumar seem to have double thoughts over the suggestion.

TDP leader CM Ramesh said that his party is backing BJP on holding the Lok Sabha and the assembly elections together. While senior JD(U) leader KC Tyagi said that, though his party was supporting the holding of simultaneous elections as it would lead to administrative efficiency, cut expenses and help smaller parties, but getting a complete consensus by all the party members is also important.

As per the media reports majorly all the opposition parties are against the idea of holding simultaneous polls, however, according to the reports of the NDTV, Congress is ready for the pre-elections. Congress spokesperson Randeep Surjewala in his statement to the press said that the party is ready to face the elections anytime. He also added that the people are also fed up with the, all talks and no action government of Modi and are waiting for the elections so that they can give a befitting reply to the ruling government.

Surjewala further added that the people are actually waiting that when the elections are held and when they give a reply to the Modi government like they had given to the government of Atal Bihari Vajpayee in 2004. “People are waiting for elections to happen so that they can actually ask Modi Ji, where is the ‘Achhe Din’?” he said.

Meanwhile, another Congress leader Abhishek Singhvi said that “holding the LS and the assembly elections together is an off-the-cuff statement. There are so many constitutional, legal and factual imponderables.” He further added that neither the government has yet taken any stand on it nor all the other parties have given their consensus on this.

CPI leader D Raja, on the other hand, opposed the idea saying that the government did not have the power to take such a decision unilaterally. He further said that it was BJP’s slogan of one nation, one elections, and now the Election Commision is also speaking in the tone of the BJP. Raja also said that the simultaneous polls were not feasible as the ruling government could not force all the state to contest elections together with the Lok Sabha polls.

CPI(M) leader Brinda Karat also opposed the suggestion of holding the elections together saying that it was a decision that required a consensus from all the political parties and it cannot be decided by an individual. “It cannot depend on the whims and fancy of individuals. Modi-Ji can’t just one day decide that the Assembly and Lok Sabha polls should be held simultaneously and wants all the institutions to accept it. This is not a democracy,”  Karat said.

She also stated that the terms of the state assemblies were fixed to a term of five years and this term cannot be changed under any circumstances.

However, as per the constitution, the EC has the right to hold early elections if it finds the need to do so.

RJD leader Manoj Jha said, “at the moment, the Election Commission can’t even hold a single-phase election in States such as Uttar Pradesh and Bihar.” He argued that if the Modi government forced to follow their ideology of one nation one elections, they will be killing the diversity of Indian federalism.

The NCP leader Tariq Anwar said that his party will be holding a meeting on Friday to decide, whether the Lok Sabha and the state assembly elections should be held together or not.