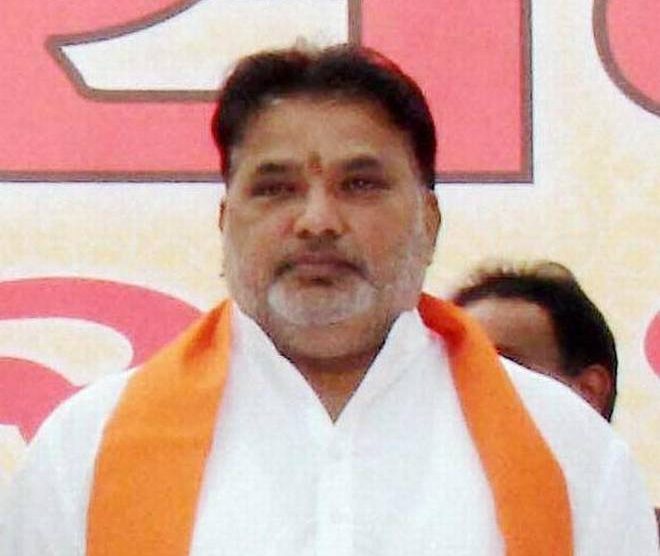 After Nitin Patel created a stir over allocation of portfolios Parshottam Solanki threw a tantrum asking to give him better Cabinet status.

The new term of the BJP government in Gujarat does not seem to have started very smoothly. Gujarat is considered as the fort of BJP and where the party has been ruling for 22 years. The assembly elections in the state just ended and BJP emerged victorious this time, continuing the reign in the state. But this was for the first time that the party had secured less than 100 seats and the reason was none other than the rising anti-incumbency, the diversion of different communities towards Congress and of course the tough time that Congress gave to BJP on the battlefield.

The first jolt BJP got was when the results were announced on 18 Dec, though it was victorious but the tally had dropped down compared to the results of 2012. Another matter of concern for the party was finalising the Chief Minister of Gujarat. Though during the campaignings it was announced that Vijay Rupani would continue as the Chief Minister if the party won the polls. However, after the results were announced, and looking at the poor performance of BJP, the party was giving a second thought for the second term of Rupani.

Although a few other candidates along with Nitin Patel were being considered as the candidates for the topmost position, ultimately Vijay Rupani was only announced as the Chief Minister of Gujarat. Difference arose within the party, three days after his oath-taking ceremony, when the portfolios were being distributed to the new cabinet ministers in the Rupani government. Deputy Chief Minister Nitin Patel expressed displeasure when he was not given the desired portfolio and even more the finance department which was earlier under him was taken from him.

Soon after the distribution of the portfolios, Nitin rebelled against the party and also threatened to resign from the post if he was not given the desired portfolios. After much chaos and ruckus created over the distribution of portfolios, Nitin Patel was given the Finance department. Though it was not only Nitin who was upset with the portfolio distribution, few other ministers were also unhappy, but none of them dared to raise their voice against the Central leadership’s decisions. sitting senior cabinet minister Babubhai Bokhiria from Porbandar has been dropped in the new government and so has a minister of state, Rajendra Trivedi, from Vadodara. It is believed that both of these ministers do not share good relations with Rupani. Though they are silent and did not raise any opposition like Nitin Patel.

Following the demand of Nitin Patel getting fulfilled, now Gujarat Koli community veteran Parshottam Solanki has come up his demands too, that since he has won five terms in a row, he should be given, better, more than one and a Cabinet status. He has also threatened that if his demands are not met, “his Koli community would “demonstrate this during the 2019 Lok Sabha election whom they support and who they won’t.” Solanki was also accused of having a connection with the 1993 Mumbai communal riots, by Srikrishna Commission.

Parshottam Solanki represents the Koli community, which, comprise almost 26 percent of the total population of Gujarat. Also, the Koli population is mainly concentrated in the key Saurashtra region. Solanki has warned the Chief Minister, that he should immediately reach to his demands as it was a sentiment of his community to have a better say for him in the government. In his statement to the press, Solanki said that “I came to meet the Chief Minister but got stuck in bad traffic and his chamber was choc-a-bloc with people and we could not have a detailed chat. He said a decision about this could be taken after three days.”

He also added that “I am not asking for anything, it is my community that is asserting and feels that I since I am the only one in the government, be given a respectable due. The Chief Minister himself keeps 12 portfolios, some first-time ministers have three to four good portfolios, but I have only one and that too a negligible one.” Parshottam Solanki has been given the Ministry of Fisheries.

Solanki was elected from the Bhavnagar Rural Assembly seat for the fifth time in a row. The Kolis form 26 percent of the population in Gujarat and have a strong presence in over 40 assembly seats. Meanwhile, Chudasama responding to the statement of Solanki said that “He is not angry with the party. He is a senior leader and has only expressed his community’s sentiments to the Chief Minister. This does not tantamount to mean that he is angry or there is some crisis in the party. Please don’t compare (him with) Nitin Patel. It was a different issue which has been already sorted out.”