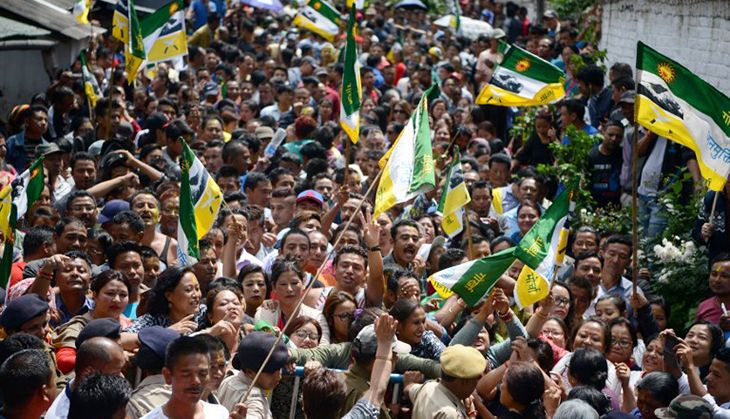 It has now been fourteen days that the hills are witnessing riots and protests in West Bengal. Gorkha Janamukti Morcha has been demonstrating violence in demand for a separate Gorkhland. The protest got fuelled up after West Bengal Chief Minister Mamata Banerjee announced to make Bengali compulsory subject for all.

Fourteen political and non-political groups met at the Gymkhana Club on Tuesday, to hold discussion about the prevailing problems in the hills, but they could not reach to any conclusion regarding the same. GJM said that the battle will continue till their demands are not granted.

GJM has also decided to soon withdraw from the GTA and will also gives mass resignation once they get orders from the GJM Chief Bimal Gurung.