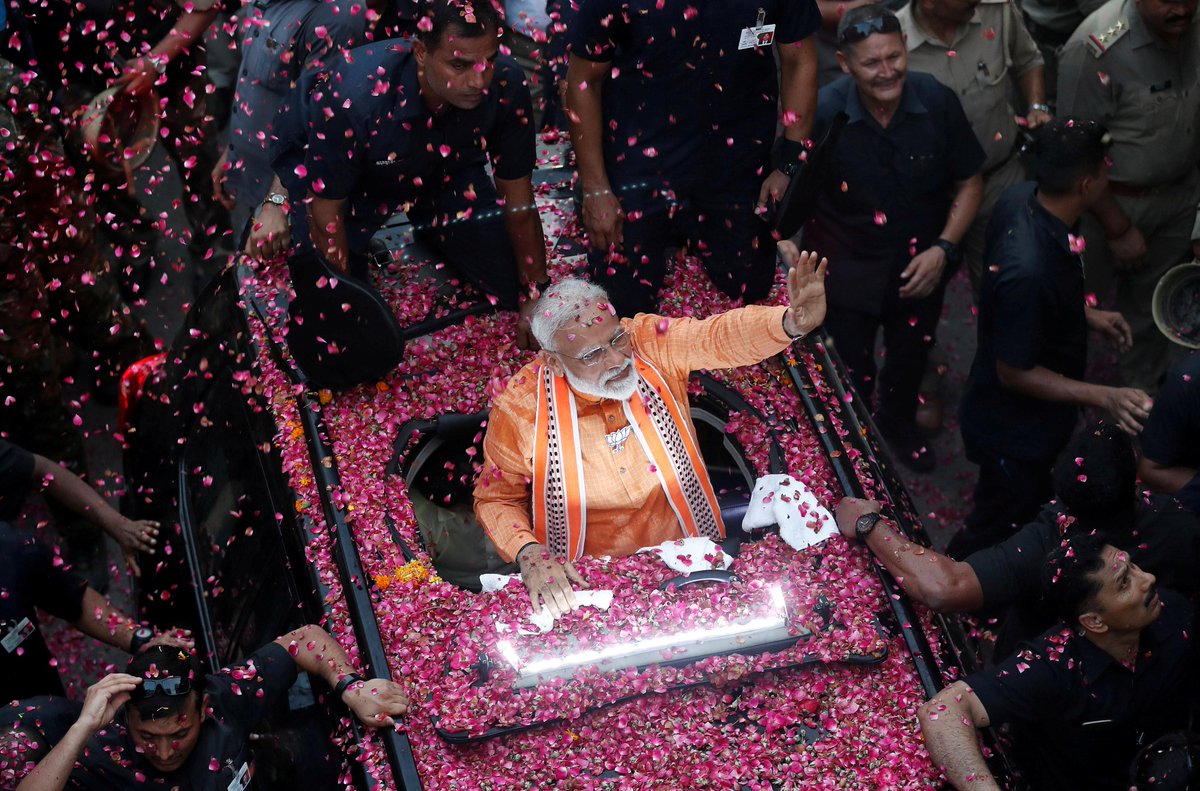 As the voting for the last phases of election is near, Prime Minister Narendra Modi intensifying its hunt to retain power at Centre will address marathon rallies in Uttar Pradesh, Chandigarh and Bihar to seek votes for his party candidates. As scheduled, PM Modi is slated to hold 2 rallies in Bihar, while one each slated for Chandigarh and Uttar Pradesh.

PM Modi will start his day with a rally in Ballia District of Uttar Pradesh. PM Modi in Balia will seek votes for the party nominee Virendra Singh Mast. Mast in up against Sanatan Pandey of SP–BSP combine. While the nomination of Congress nominee was rejected for Ballia Lok Sabha Seat.

Ballia Lok Sabha seat is currently held by BJP sitting MP Bharat Singh which had in 2014 won the seat with a margin of 1.40 Lakh votes.

While PM is also slated to address two rallies in Bihar – one in Buxar and Sasaram Lok Sabha Seat. In Buxar Lok Sabha Seat, PM Modi will seek votes for Ashiwini Kumar Chaubey who is pitched against Jagadanand Singh of RJD.

Apart from these three rallies, PM Modi will also address a rally in Chandigarh for sitting MP Kirron Kher.

Bharatiya Janata Party nominee and sitting MP Kirron Kher in a run-up to the national elections 2019 will be taking on Congress nominee and Former Union Minister Pawan Kumar Bansal. AAP has nominated Former MP Harmohan Dhawan for the Lok Sabha Seat. Dhawan had in 1989 won the seat contesting on Janata Dal ticket.

Kirron Kher had in 2014 national elections defeated Pawan Kumar Bansal with a slim margin of 60,000 votes. Bansal had represented the seat three times in past since 1999.

General Elections 2019 is being held across seven phases starting April 11 to May 19. 59 seats under Phase-VI voted on May 12. Counting of the votes will be held on May 23.

Voting on the remaining 59 constituencies will be held in last and seventh phase of polling slated for May 19.