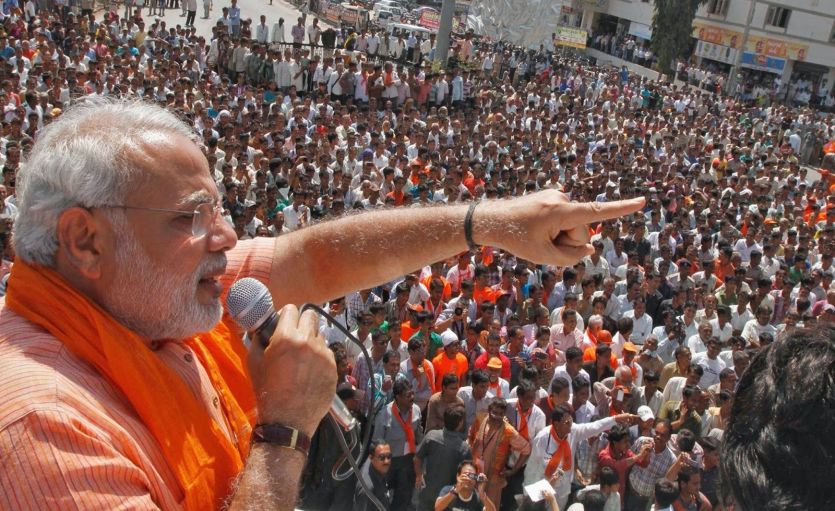 As the voting for the last phases of elections is near, Prime Minister Narendra Modi intensifying its hunt to retain power at Centre will address marathon rallies in Uttar Pradesh to seek votes for his party candidates. As scheduled, PM Modi is slated to hold two rallies in the state that sends a maximum number of parliamentarians.

One of such rallies is scheduled for Sonbhadra while another one is slated for Ghazipur. In Sonbhadra that falls under Roberstganj Lok Sabha Seat, PM Modi will seek votes Pakauri Lal Kol who is contesting as a Candidate of Apna Dal(S). Pakauri Lal Kol is pitched against Bhailal Kol of Samajwadi Party and Bhagwati Lal Chaudhary of Indian National Congress.

The seat is currently held by Bharatiya Janata Party sitting MP Chhotelal who had in 2014 defeated Sharada Prasad of BSP with almost 2 Lakh votes.

While PM is also slated to address a rally in Ghazipur district of the state. PM Modi will galvanize support for party candidate sitting MP Manoj Sinha who is seeking his fourth term from the Lok Sabha Seat. Sinha is pitched against former MP Afzal Ansari of Mahagathbandhan. While Congress has named Ajit Pratap Kushwaha.

General Elections 2019 is being held across seven phases starting April 11 to May 19. Counting of the votes will be held on May 23. Voting of the remaining 118 constituencies will be held in two phases slated on May 12 and May 19.

While in Uttar Pradesh, polling in 80 seats is spread on seven phases. 27 seats will go to polls on remaining two phases.