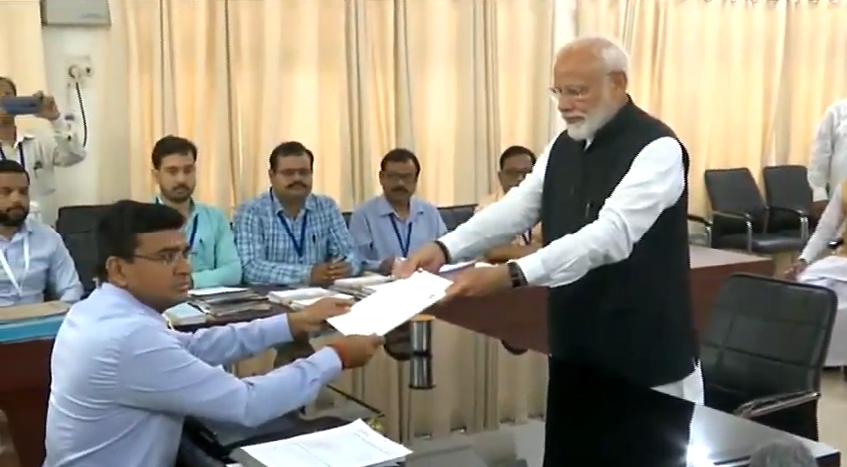 Prime Minister Narendra Modi seeking his second term files nominations on Friday for Varanasi Lok Sabha Seat for the mega polls 2019. He on the occasion was accompanied with Party’s Top Brasses and leaders from its allies across the nation.

While BJP top Brasses including Rajnath Singh, Sushma Swaraj, UP CM Yogi Adityanath, Nitin Gadkari and BJP Chief Amit Shah among others accompanied Prime Minister Narendra Modi during his nominations from the Kashi.

Earlier in the day, Prime Minister Narendra Modi addressed the party’s booth workers. He also visited the Kal Bhairav temple in the morning.

Modi had in 2014 General elections defeated AAP’s Arvind Kejriwal with over 3.80 Lakh votes. Prior to Narendra Modi, BJP Senior Leader Murli Manohar Joshi represented the Varanasi Seat since 2009-2014. However, he has was shifted to Kanpur in 2014 after Narendra Modi decided to contest from Varanasi.

General Elections have already started and would spread across all seven phases from April 11 to May 19.