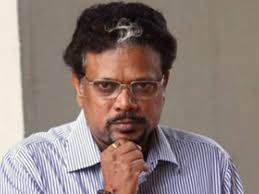 NEW DELHI: Bureaucrats are not  trusted for very long for their political masters, but in the case of Kuniyil Kailashnathan, he has clearly been a wanted man.

Kuniyil Kailashnathan one of the few most trusted bureaucrats of PM Narendra Modi,  has been awarded a two-year extension as the Chief Principal Secretary to Chief Minister of Gujarat on Wednesday.

He is  expected to play a crucial role in getting the state’s agriculture and irrigation schemes on track and he may also monitor the end-to-end implementation of Modi’s people centric policies in Gujarat to prepare the state for Lok Sabha polls in 2019.

Kailashnathan had retired as additional chief secretary of the Gujarat government in 2013. But he was reemployed on a contract basis for two more years in chief minister’s officer with a new designation-chief principal secretary.

Having worked with three CMs— Narendra Modi, Anandiben and Vijay Rupani, Kailashnathan is known to regularly engage with officials in the Prime Minister’s Office on Gujarat and policy-related decisions of the government.

It is Believed that kailashnathan gained Modi’s trust by setting up Gujarat’s extensive drinking water pipeline grid and through Hus work at Gujarat Maritime Board in privatisation of ports, Kailashnathan also held a number of key infrastructure positions in the government, apart from being the managing director of Gujarat State Financial Services.

A top source in the government said it was possible that Kailashnathan would have been rewarded a good position in the capital or any other constitutional post had the BJP managed a sweep or even retained the scale of victory as last time.

Kailashnathan’s major achievements, according to sources in the government include the grid constructed around the Narmada basin that serve 70% of the state’s population, the state government’s flagship Sauni Yojana taking Narmada water to Saurashtra and Van Bandhu yojna aimed at increasing the support of tribals for the state government.

Kuniyil Kailashnathan is a 1979 batch IAS Officer, served then Gujarat Chief Minister Narendra Modi’s as Chief Principal Secretary from 2013 to 2014